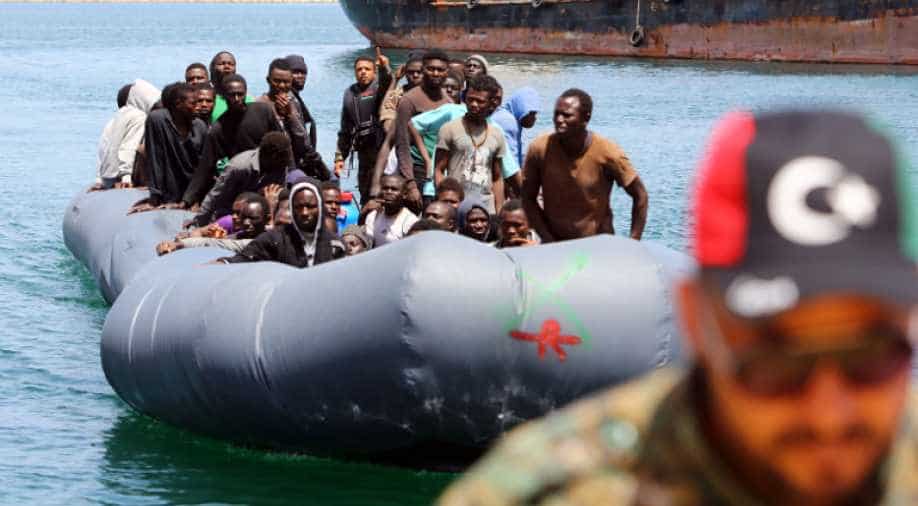 At least 1,229 people have drowned making the perilous trip, according to the International Organization for Migration. Photograph:( AFP )

Some 2,300 migrants headed for Italy in 22 barely seaworthy vessels were rescued off the Libyan coast on Thursday, the Italian coastguard said.

Coastguard and military vessels joined forces with others chartered by humanitarian organisations to come to the rescue of the migrants, who were packed into 10 wooden boats and 12 rubber dinghies.

"About 2,300 migrants were rescued in the Mediterranean today," the coastguard said in a statement.

Prudence, a vessel chartered by medical charity Medecins sans Frontieres, picked up 770 people, many of them young children -- one a baby aged just six weeks, it said.

Some 46,000 migrants had reached the Italian coast this year even before Thursday's drama, around a third up on the same period last year, according to the Italian interior ministry.

At least 1,229 people have drowned making the perilous trip, according to the International Organization for Migration -- one death for every 39 persons rescued.

The latest wave of people picked up comes as Italy beefs up security ahead of next week's G7 summit at Taormina in Sicily.

The summit poses a challenge given that local authorities on the island have banned migrants from disembarking at Sicilian ports.

Southern mainland ports or and those in the of Sardinia will instead take the strain.