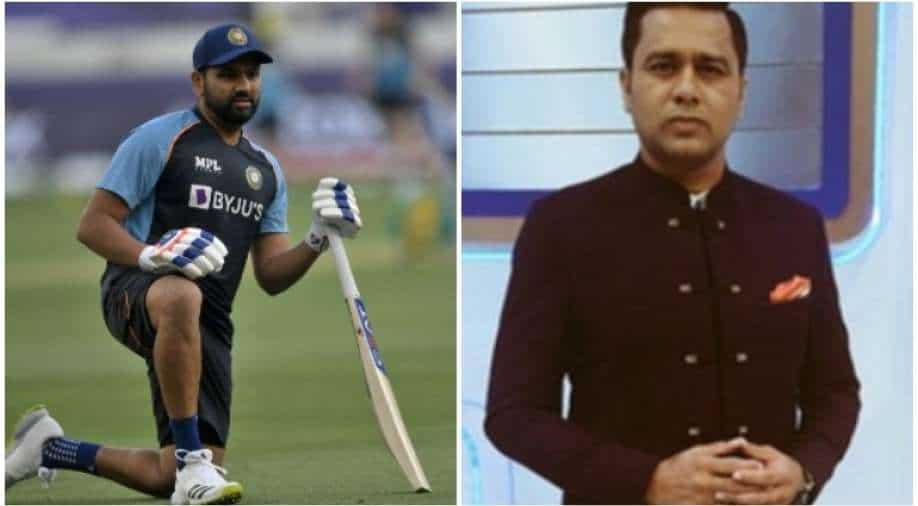 India lost their second game on the trot in the Super 12 round of the T20 World Cup 2021 edition, in the UAE, after going down to New Zealand by eight wickets on Sunday (October 31). Playing their second game, at the same venue i.e. the Dubai International Cricket Stadium, Dubai, the Men in Blue fell like nine pins as they managed only a paltry 110/7 in 20 overs -- being asked to bat first -- before the Kiwis completed the run-chase with 33 balls to spare.

While nothing clicked for Team India, the move to demote their biggest match-opener Rohit Sharma, at No. 3, and accommodate Ishan Kishan at the top raised quite a few eyebrows. Former Indian opener-turned-commentator Aakash Chopra has slammed Virat Kohli & Co. to shift Hitman to the No. 3 position after the drubbing versus the Black Caps.

Speaking on his YouTube channel, Chopra opined, "You played Ishan Kishan because Suryakumar Yadav was not fit and made him open. In order to play the left-right combination, you made your biggest match-winner come down in the order. You changed your set batting order (1,2,3) after just one loss and that is fundamentally wrong. I don’t think that can be justified."

"This thing (opening with Kishan) in turn exposed the selection procedure. The team you had picked had only one extra batsman. The team had several spinners but only one extra batter and that too an opener. If a middle-order batter gets unfit, you are left with no option but to play that opener. That throws the batting line-up out of order. The team already had three openers (Rohit, KL Rahul, Kishan). Even Sky could have opened but there were no middle-order batters as back-up. This was a two-way problem and just dismantling the opening combination was not the right thing to do. India's hands were tied in the end," he stated.

After the loss against the NZ, India are on the brink of elimination. They need to win versus the Afghanistan cricket team, on Wednesday (November 3), to stay alive in the semi-finals race. Another defeat will end their campaign versus the Men in Blue.

So far, nothing has clicked for Team India. Their mainstays with the bat have struggled for runs, the bowlers haven't looked daunting (although they didn't have much to defend versus the Kiwis) whereas the team selection and tactics have also been questionable.