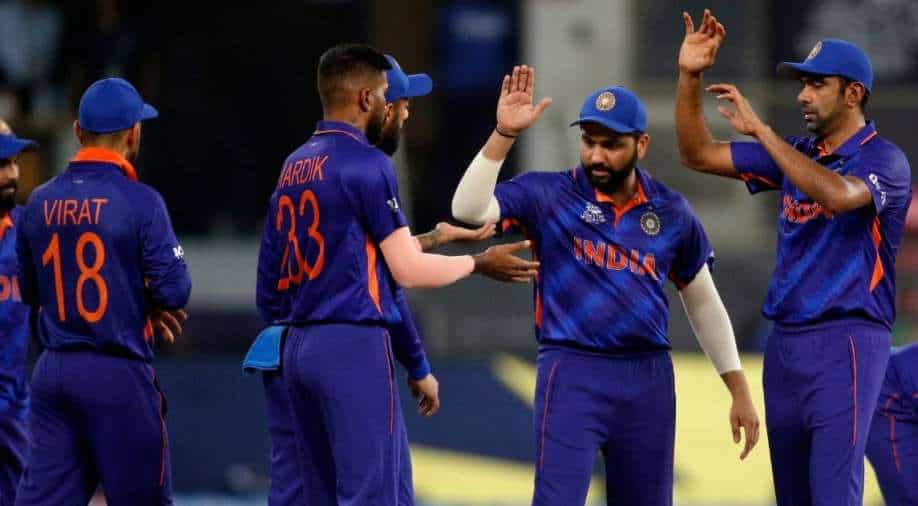 Ravi Shastri opined on India's struggles in the T20 WC, post which his tenure as the head coach came to an end. Here's what he had to say:

Team India ended 2021 on a glorious note, winning their first-ever Test at Centurion. While the year saw India's dominance in Test cricket, they played only a handful of ODIs but faltered in the shortest format of the game. The year had two ICC tournaments, in the form of WTC final and T20 World Cup, but India failed to win any major title. While their overall run in Tests remained impressive, the Men in Blue fell flat in the T20 WC.

Talking about India's campaign in the 2021 T20 WC, the Virat Kohli-led Indian team lost their opening clash to Pakistan by ten wickets (losing their first-ever game versus the arch-rivals in a World Cup). In their next encounter, the one-time winners India were listless versus Kane Williamson's New Zealand as they lost by 8 wickets to edge closer to elimination. While Kohli & Co. bounced back and won three games in a row, it was too late by then as Pakistan and New Zealand marched to the semi-finals from India's group, i.e. Pool B. Recently, Ravi Shastri opined on India's struggles in the T20 WC, post which his tenure as the head coach came to an end.

"Pakistan played well on that day, and against New Zealand, we were timid. We were very timid. It showed in the game. We were tentative instead of going for the jugular. You never mind losing as long as you're throwing punches. But if you're timid and tentative then it hurts more. And in a tournament like this if you lose too early then you're in trouble," Shastri said on the Bold & Brave The Ravi Shastri Way' show on Star Sports.

Shastri further called for the tournament's format to be like the one witnessed in the 2019 ODI World Cup, which was a round-robin stage with each team playing the other once before the knockouts. The former Indian all-rounder also feels that the playoffs scenario should also be implemented in World Cups. In this regard, he said, "It's not like the format in 2019, where you can play every opposition. I think that is the way to go forward. That format is the best, and then have the Playoffs ideally, if you want to decide the World Cup," explained Shastri."

Since the 2021 T20 WC campaign, a lot has changed in Indian cricket. Rohit Sharma succeeded Kohli as the T20I captain, after the latter resigned from the post with the end of the World Cup, and recently replaced him as the limited-overs captain as well. The year 2022 will see teams compete once again in the eighth edition of the T20 World Cup, which will be held in current champions Australia's backyard. The one-time winners Team India will aim to move past their past struggles and claim the mega title in 2022.