'We have 25 years of scars to overcome,' Furyk on US Ryder Cup hopes 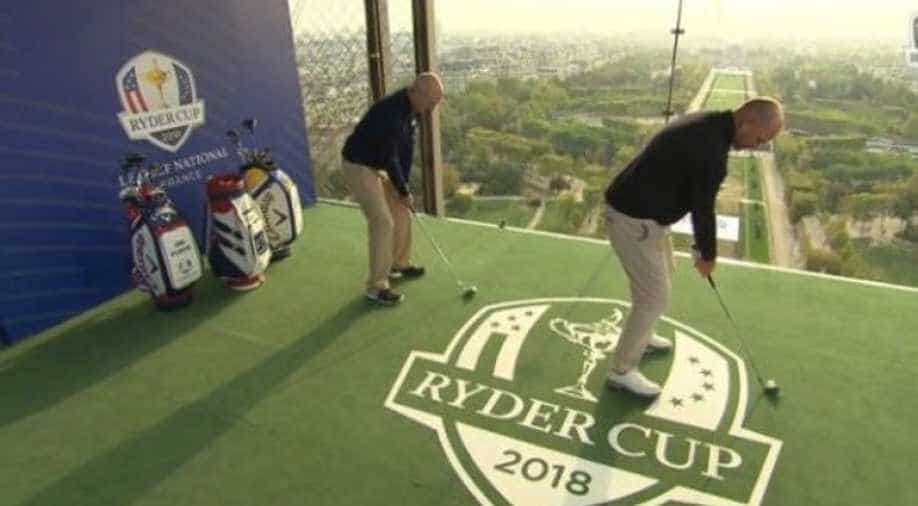 Furyk, 47, was part of the American sides for all five of those losses in Europe between 1997-2014, but he hopes the exciting young raft of US golfers can help turn things around. Photograph:( Reuters )

United States Ryder Cup captain Jim Furyk admitted Tuesday his young team will have "25 years of scars to overcome" when they bid for a first win on European soil since 1993 next year in Paris.

The US are the holders of the Ryder Cup after their victory at Hazeltine last year but have suffered five successive away defeats.

"We have 25 years of scars to overcome," Furyk told a press conference in the French capital.

"But that being said, I will have a lot of young talent on my team and I'm anxious to see how they handle that challenge.

"And surely, Europe has handled those away matches far better for the last 25 years than we have. So we might have to take a page from their book and try and figure it out."

Furyk, 47, was part of the American sides for all five of those losses in Europe between 1997-2014, but he hopes the exciting young raft of US golfers can help turn things around.

Americans Jordan Spieth, Brooks Koepka and Justin Thomas all won major championships this year, with Koepka the oldest of the three at just 27.

"I'd like to see how those young guys react, and hopefully we'll react better than we have done in the past," added Furyk, the 2003 US Open champion.

In contrast to his American counterpart, European skipper Thomas Bjorn only tasted Ryder Cup defeat for the first time last year as vice-captain to Darren Clarke, after three wins from three as a player in 1997, 2002 and 2014.

"You've got to look at Hazeltine ... there was certainly a transition on the European team and an American team that played unbelievably well, and it became a very difficult task for Darren and the team from earlier on in the week.

"And sometimes, I think we lose track about that there's two extremely capable sides standing across from each other, and there's only one that can win.

"And it was the Americans' turn to win. They played better than we did."

The Albatros course at Le Golf National is well known to many of Bjorn's key players, who often play the French Open on the European Tour.

"We've come here for many years, and we believe that we are going to bring a team here that can win on that golf course.

"I believe we could win on any golf course in the world, but there is a home advantage in the sense that we know the golf course very well."

Home advantage has made a big difference in recent Ryder Cups, with the Americans benefiting from generous fairways, low-cut rough and fast greens in Minnesota.

Furyk will ask his players to play the course next summer, but wouldn't make it a requirement.

"Depending on their schedule, I will put an invite out," he said.

Furyk also said 14-time major champion Tiger Woods, who has been cleared by doctors to start hitting full practice shots after a lengthy spell on the sidelines with a back injury, could play some role in Paris.