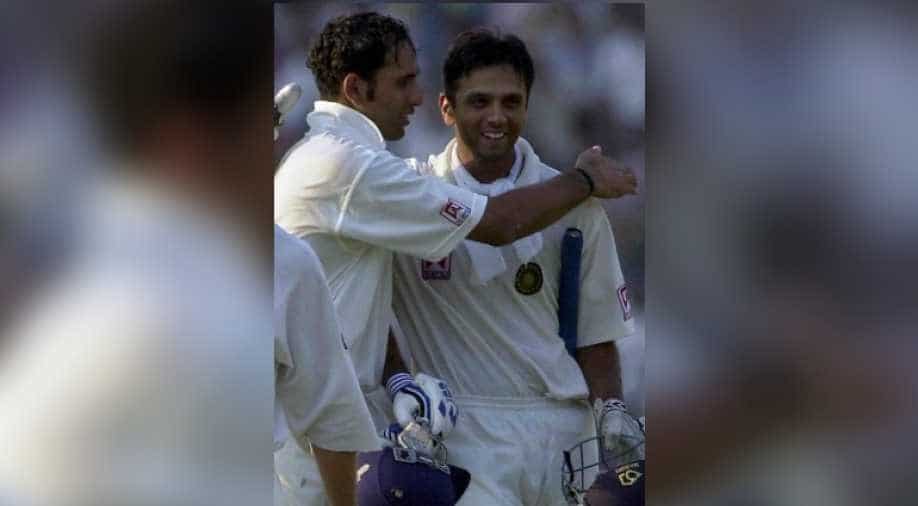 Dravid is popularly known as "Mr Dependable" and referred to as "The Wall" by fans and cricket followers.

Former Indian batsman Rahul Dravid, who has played several match-winning and match-saving innings, has turned 46 on Friday. The former cricketers, his teammates and fans took to Twitter to wish Dravid, Happy Birthday.

In his illustrious career, Dravid has amassed 24,208 international runs, hit 48 centuries and 146 fifties.

Currently, he is the Overseas Batting Consultant for the Indian team and the head coach for the Under-19 and 'A' teams.

Dravid's former teammates Virender Sehwag and VVS Laxman led the birthday wishes for one of the greatest cricketers of all time.

The former Indian captain is popularly known as "Mr Dependable" and referred to as "The Wall" by fans and cricket followers.

Here are the birthday wishes for Rahul Dravid:

Many more happy returns of the day to my dear friend Rahul. I wish him all the happiness and love and hope that he continues serving Indian Cricket and continues to inspire not just budding cricketers but the youth of the country. #HappyBirthdayRahulDravid pic.twitter.com/fzsQcy5D5I

Deewaron ke bhi kaan hote hain , is deewar ka bahut saaf Mann aur hriday bhi hai!( #TheWall too has ears, this one has a pure mind and a heart as well)
A joy to have played with him and made so many wonderful memories together #HappyBirthdayRahulDravid ! pic.twitter.com/eukPvSx0II

Wishing The Wall - Rahul Dravid a very Happy Birthday. His exploits in whites are well known but we thought we would relive one of his knocks in blue against Pakistan #HappyBirthdayRahulDravid pic.twitter.com/gJ1sgt6Ird

Many many happy returns of the day to a terrific human being, role model and an inspiration for many youngsters in the country. One of the most likeable cricketers ever , #HappyBirthdayRahulDravid bhai ! pic.twitter.com/V07D4Ci6A8

Dravid was inducted into the ICC Hall of Fame and became only the fifth player from India to be named in the ICC Cricket Hall of Fame. Legendary opener Sunil Gavaskar presided over the formalities.

The ICC announced his induction into the Hall of Fame. Dravid joins an elite list that includes Bishan Singh Bedi, Kapil Dev, Gavaskar and Anil Kumble.