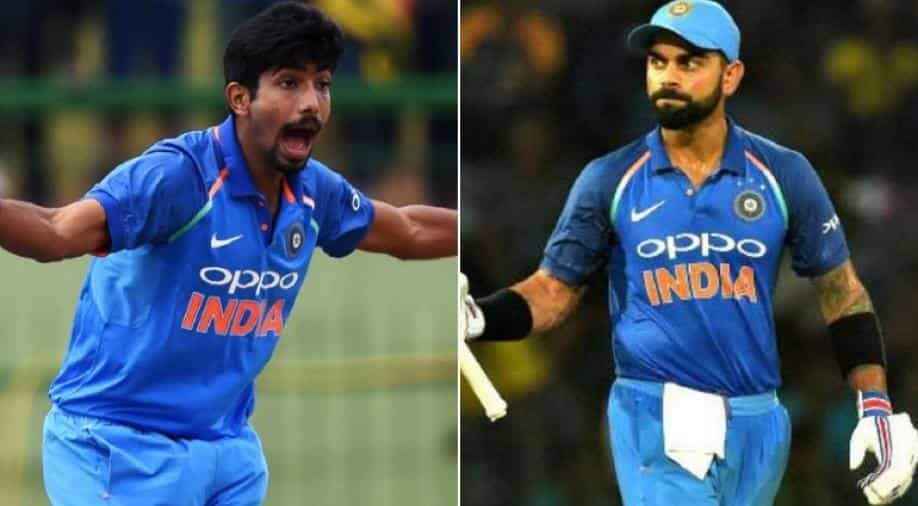 Kohli sits at the top with 884 points, followed by his deputy Rohit Sharma, with 842 ranking points.

Kohli sits at the top with 884 points, followed by his deputy Rohit Sharma, with 842 ranking points.

Meanwhile, in bowling,  pacer Bumrah leads the list with 797 points to his name.

The death-over specialist is followed by young Afghanistan sensation Rashid Khan, who has 788 points, while Indian chinaman Kuldeep Yadav is placed third with 700 points.

In the team's rankings, England tops the chart with 127 points, while India is placed second with 122 points.

England will have to win the away series against Sri Lanka, starting October 10, to retain their number one ranking.

If they fail to win, India will have a chance provided they defeat West Indies the five ODI series.