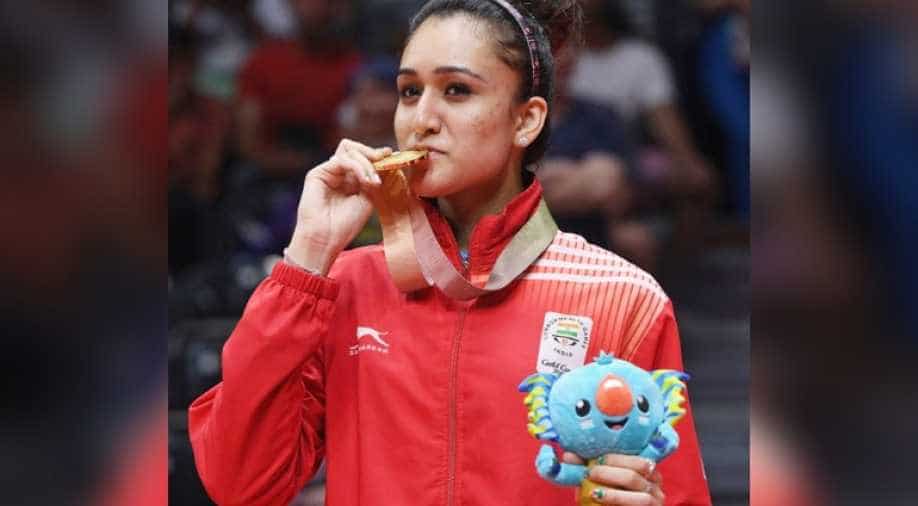 Manika, who missed out on India's highest sporting honour last year, is the first woman paddler from her country to win a singles gold medal at the Commonwealth Games. She achieved the feat in the 2018 edition in which she won as many four medals including two gold medal.

In the same edition held in Gold Coast, the 24-year-old had led India to its first ever women's team gold at the Commonwealth Games. Five months later, the current world number 63 created more history by winning a mixed doubles bronze alongside Sharath Kamal at the Asian Games in Jakarta.

"We feel she deserves the honour and that is why decided to nominate her for the second time," TTFI secretary general M P Singh told PTI.

In 2019, wrestler Bajrang Punia and para-athlete Deepa Malik got the highest sporting award.

The federation has recommended veteran Madhurika Patkar, Manav Thakkar and Suthirtha Mukherjee for the Arjuna Award. Mukherjee recently broke into the top-100 of the ITTF world rankings.

Coaches Jayanta Pushilal and S Raman have been nominated for the Dronacharya honour.

A panel formed by the Sports Ministry will shortlist the nominations received from various national federations with the awards to be presented on National Sports Day, August 29

Meanwhile, the TTFI has received another 'no' from players after being asked about their availability to join the national camp. Following central government's decision to open sports stadiums and complexes without spectators, the TTFI had sough players' availability twice, first for beginning of June and then for June last week.

Considering the COVID-19 cases continue to rise in India, players are not comfortable travelling anytime before August.
"They have conveyed to us that they are not ready for the camp till August. We respect their decision," Singh added.

World body ITTF has suspended all its activities until July end due to the COVID-19 pandemic.