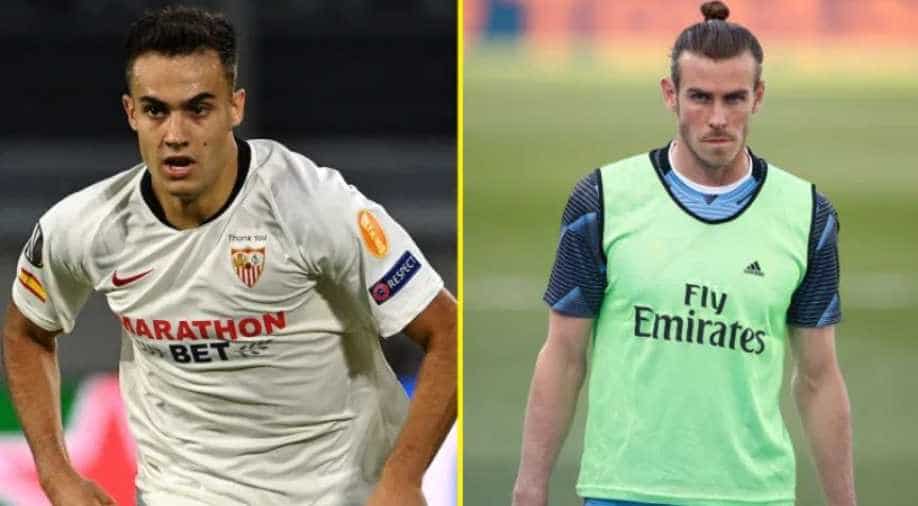 Jose Mourinho’s Tottenham Hotspur are set for a sensational scoop as the London outfit are in talks to sign Real Madrid forward Gareth Bale and left-back Sergio Reguilon.

Jose Mourinho’s Tottenham Hotspur are set for a sensational scoop as the London outfit are in talks to sign Real Madrid forward Gareth Bale and left-back Sergio Reguilon. Spurs lost their first match in the 2020-21 Premier League season and that might have triggered the transfer of Bale and Reguilon.

According to reports, talks with Bale are continuing while there is an agreement with Real Madrid over the signing of Reguilon. The sensational transfer of Bale, who has fallen out with Real Madrid manager Zinedine Zidane in the last couple of seasons, will bring the Welshman back to Spurs but it is the signing of highly-rated Reguilon which will boost the shaky defense of Mourinho’s side.

Bale, 31, signed for Real Madrid from Spurs for a then world record fee of 85 million pounds in 2013 and went on to score over 100 goals while lifting four UEFA Champions League titles. But Bale’s signing is likely to be a loan deal given the enormous wages he earns at the Spanish club.

"Gareth still loves Spurs," his agent Jonathan Barnett told BBC Sport Wales. "It's where he wants to be."

Whereas Reguilon was previously linked with Manchester United. However, the Red Devils were reluctant to add the ‘Buy Back Clause’ to the deal which Spurs have reportedly agreed upon.

Bale was massively successful during his stay at Spurs and went onto win the PFA Player of the Year award. He then scored in the 2014 and 2018 Champions League final for Real Madrid as well as in the 2014 Copa del Rey final.

Bale started just one match after 2019-20 La Liga restart and played just 100 minutes as Real Madrid won their first title since 2017. He didn’t even celebrate well with his Real teammates.

If Spurs sign both Reguilon and Bale, then pressure will be back on Mourinho to deliver the result as the London club look to fight for Champions League spot.