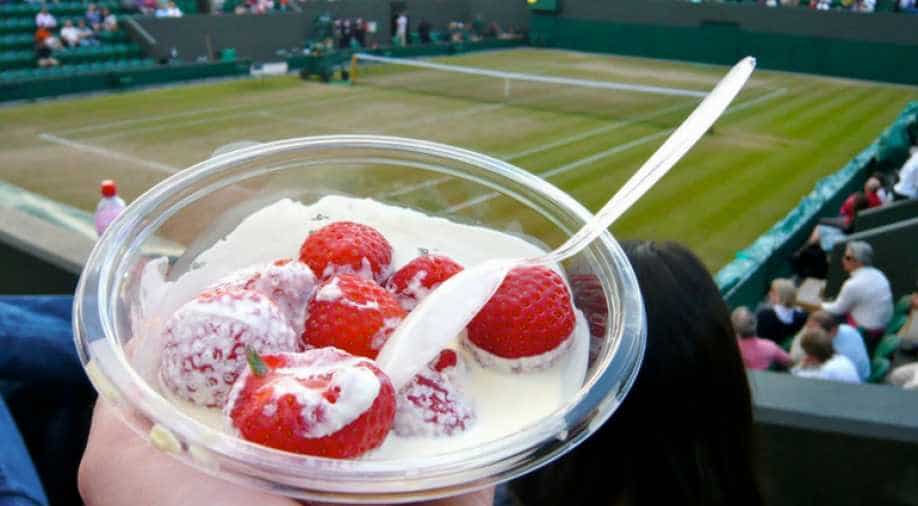 More than 26,000 strawberries that would have been sold during the fortnight are being hulled (de-stemmed) and portioned by a group of staff at the south-west London venue.

Wimbledon has thanked the NHS and the frontline workers for their efforts to curb the coronavirus in the country by sending strawberries.

The British Grand Slam was called off this year for the first time since World War II due to the coronavirus pandemic and to thanks the relief workers, the English club is donating 200 punnets of strawberries per day ahead of the 72nd anniversary of the National Health Service.

More than 26,000 strawberries that would have been sold during the fortnight are being hulled (de-stemmed) and portioned by a group of staff at the south-west London venue.

Also read: ‘Younis Khan held a knife to my throat’: Grant Flower on his stint as Pakistan batting coach

"Since the cancellation of the championships, we have been very focused on doing what we can to help those in our local community who are undergoing hardship as a result of the coronavirus crisis," AELTC chief executive Richard Lewis said.

"Our staff have been particularly keen to do what they can to help during this time and we were pleased that so many of them volunteered to take part in the strawberry hulling operation during the Wimbledon fortnight."

The first batch of strawberries was delivered to St George's Hospital Charity on Monday.

"It was a lovely surprise gesture and a great token of appreciation for our amazing NHS staff who have been working tirelessly during this crisis," CEO Amerjit Chohan said.

Wimbledon has actively participated in helping the community during the time of crisis by providing 200 hot meals per day to those in need in local boroughs.

Those meals will now feature some fresh strawberries too.

Roughly 27,000 kilos of strawberries and 7,000 litres of cream are usually eaten during the English Grand Slam.

Football: Christian Eriksen was fighting his own battle, yet he was rarely alone