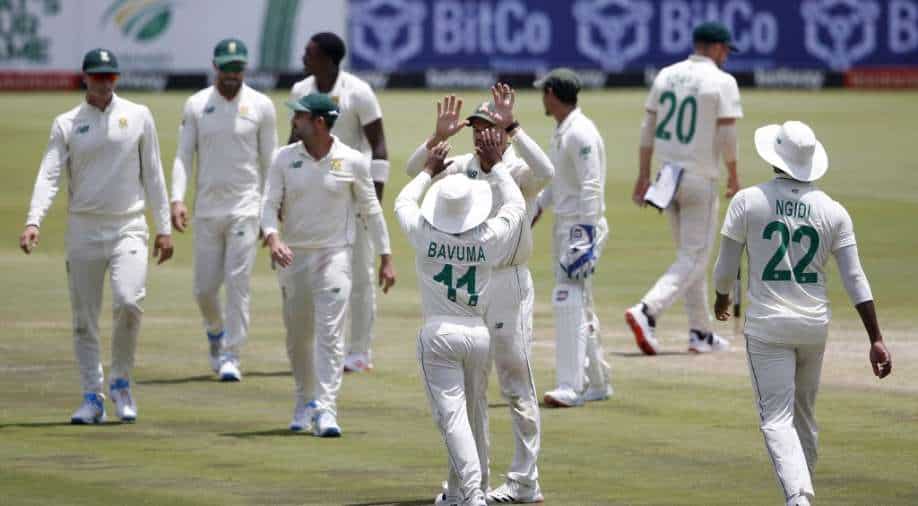 Cricket South Africa has lodged an official dispute with the International Cricket Council over Australia’s decision to withdraw from a scheduled tour of South Africa.

Cricket South Africa has lodged an official dispute with the International Cricket Council over Australia’s decision to withdraw from a scheduled tour of South Africa.

CSA interim board chairman Stavros Nicolaou told a press conference on Friday that the board was "extremely disappointed" over what he described as a unilateral decision by Cricket Australia.

Nicolaou said CSA had worked for many months to satisfy Australian concerns over Covid-19 and it came as a shock to receive a letter from the Australians on February 2 citing an "unacceptable risk" because of Covid.

The decision came just 22 days before the tour was due to start.

CSA's complaint to the ICC is understood to seek World Test championship points for the series on the grounds that it cannot be re-scheduled before April 30, the deadline for championship matches, as well as financial compensation.

"We don't know what the prospects of success are because there are provisions in the rules that relate to Covid for postponements to take place," said Nicolaou.

"But that's not the main issue. One needs to assess what these cancellations and postponements mean to the smaller nations or the poorer nations with less resources. I think there is a recalibration that needs to take place in cricket."

Nicolaou said the reasons advanced by Australia were not convincing.

They had claimed that South Africa was experiencing a peak of Covid infections with a more virulent strain of the virus and that there were concerns that Australian players might be stranded in South Africa should there be infections in their camp.

"This really confused us because the day we received the letter South Africa was on a very significant downward trajectory of the pandemic."

He said infections had declined from a peak of 22,000 a day to a current average of between one and two thousand a day.

Nicolaou said CSA had secured assurances from the government that would enable anyone from Australia who contracted the virus to be able to fly home. Arrangements had also been made with private hospitals to accommodate any of the tourists if they should fall ill.

"It is a unilateral decision," said Nicolaou.

"Our preference would be to pick up the phone, set up a call and go through the various details."

Nicolaou provided an update on the interim board's progress towards setting up a new board, with a majority of independent directors, following the resignation of the previous board last year.

Former CSA and ICC chief executive Haroon Lorgat, a member of the interim board, said CSA’s "internal challenges" had been damaging to the organisation’s reputation and international standing.

"It is no surprise that we were not able to focus and establish ourselves at the ICC and from my experience that allows an imbalance in the world of cricket."

Lorgat said there had been a resurgence in the dominance of the so-called Big Three of world cricket – India, England and Australia.

"We have seen a lot of fixtures between those countries to the detriment of the others. Cricket South Africa truly needs to get its house in order to play a meaningful role around the table at the ICC."