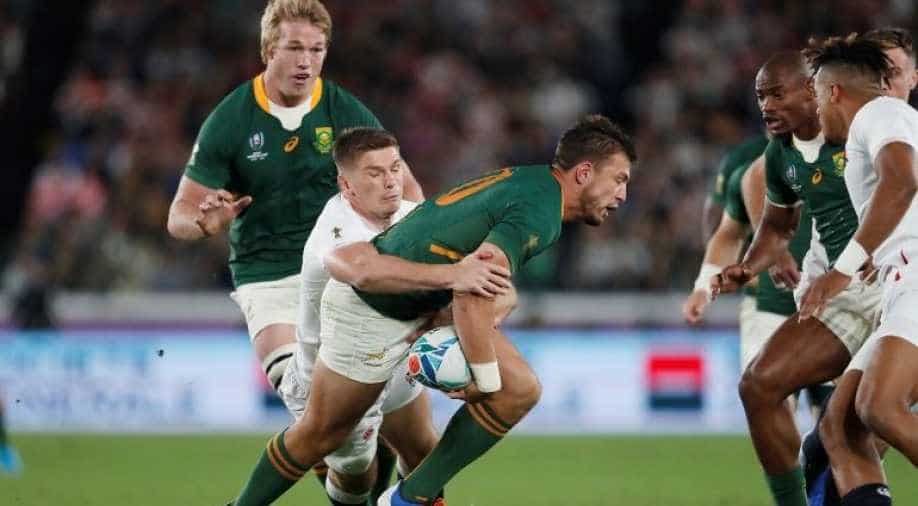 "Peter has decided to step down from the board and I understand his reasons," chairman Paul McLean said in a statement.

A top Rugby Australia official tipped to became the troubled organisation's next chairman resigned Wednesday as reports said he had a major falling-out with fellow board members.

"Peter has decided to step down from the board and I understand his reasons," chairman Paul McLean said in a statement.

"He has undertaken some very important work and has made a valuable contribution to the organisation, in a very short time, and we are thankful for his contribution."

McLean did not detail Wiggs' reasons for resigning but Australian media reported that he had demanded major concessions in return for becoming chairman, prompting fellow board members to revolt.

These included immediately appointing his preferred candidate as chief executive without going through a recruitment process and finding a place on the board for John O'Neill, the polarising former boss of the organisation.

"The game is facing some unprecedented challenges and like all rugby supporters and people working within the game, I want to see Australian rugby get through this," said Clarke. Rugby Australia said he is not interested in taking on the job permanently.

Wiggs, whose background is in finance, had been expected to take over the chairman's role and focus on improving Rugby Australia's bottom line before his resignation.

The COVID-19 shutdown has exacerbated financial strains on RA, which was already struggling after reaching a multi-million dollar settlement with star try-scorer Israel Folau over his sacking for homophobic comments.

It reported a provisional Aus$9.4 million ($6 million) operating deficit last year and has laid off 75 percent of staff to cut costs during the virus emergency, which has brought sport to a halt.

Castle was blamed by some sections of the rugby community, although McLean said after her resignation that the body's first female CEO had been subject to vitriolic attacks from "dark forces" on social media.