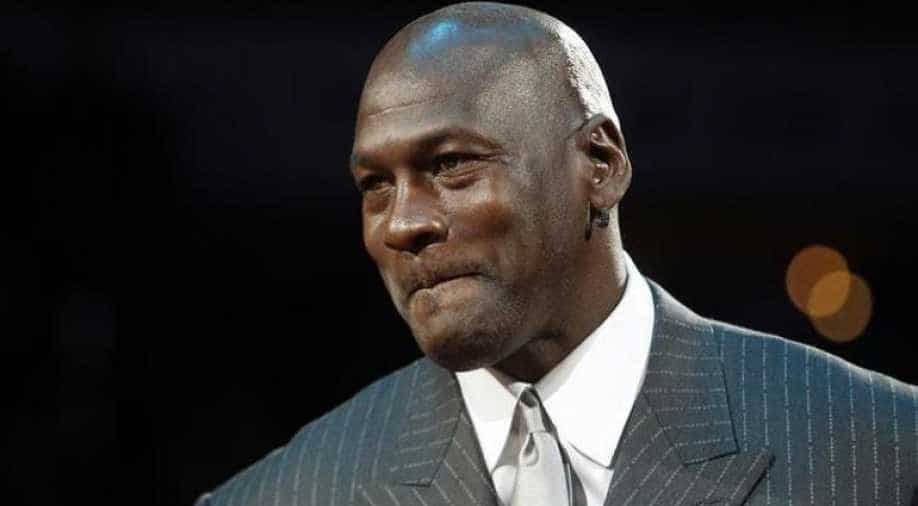 In the fifth episode of The Last Dance, a 10-part documentary series, Jordan turned down Nike as his sponsor, costing him lose a billion-dollar opportunity.

In the fifth episode of The Last Dance, a 10-part documentary series, Jordan turned down Nike as his sponsor, costing him lose a billion-dollar opportunity.

The concept of Air Jordan line of sneakers is also documented where the basketball star assumed it would be his final appearance at the Madison Garden, Jordan ties the laces of his first signature sneakers- the Air Jordan 1 ‘Chicago’, a 13-year old shoe in 1998.

It is a trainer that has been wished by sneakerheads since the ex-Chicago Bulls star wore them as a beginner and it’s been released a couple of times, most recently in 2015.

And while the prices in the resale market for the sneaker has always been bouncy, they shot up after the first episode of the blockbuster series aired.

Between January 1 and the premiere of the series on April 18, more than 200 pairs of the 2015 Air Jorden 1 ‘Chicago’ were sold for an average price of $925, according to a website that buys and sells sneakers and streetwear.

Within two weeks after the premiere, 60 pairs of the model were sold at an average price of $1,241.

Sneakerhead Paul Barber from Sunderland in the UK runs a sneaker art Instagram account named @Sneaksketchuk and has a collection of Air Jordan 1s.

He had purchased his pair of shoes in December 2018, according to media. The shoes were not cheap then but he was lucky to find a pair in the states which were cheaper, he adds.

Nike had aimed to earn $3 million in your years of sales but the popularity of the shoes was such in 1985 that by the end of one year the company made a profit of $126 million.

Not only the design but its cultural relevance holds importance in the life of Baber and other sneakerheads.

The sneaker had been a revolution and after 35 years its fire still sparkles brightly. The Jordan 1 is unique and a good identifier of who you are as people check your sneakers and give a little nod of appreciation says, Barber.

Not only 1s but prices of other Air Jordans have risen since the premiere.

Like the stock market, the sneaker market also represents real-world events. When Kobe Bryant died in January, the previous LA Lakers star’s line of sneakers surged in terms of its value.

Few ‘Kobes’ that were priced at a few hundred dollars suddenly were sold at thousands of dollars.

It was then reported that Nike brought Bryant-related merchandise to face competition in the market, which Nike denied saying that the company had just sold out Kobe products.

Jordan wore the model when he started playing the NBA.

The cultural importance of Air Jordan 1 should not be undermined because most about the ‘sneaker culture’ revolve around the Air Jordan 1.

It is 35 years since the shoe release but it’s still making waves.