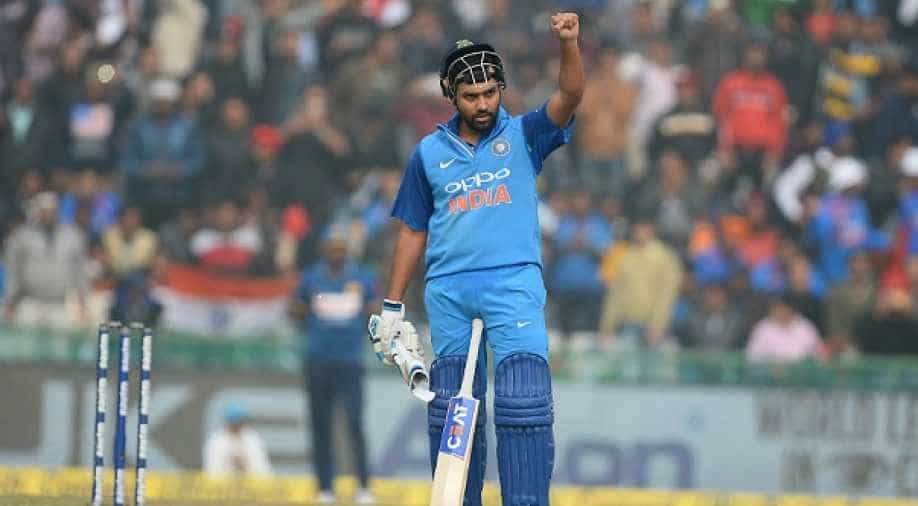 The Indian opener, whose current tally stands at 816, has crossed the 800-point mark for the first time in his career. Photograph:( Zee News Network )

The Mumbai batsman moved two places up after he scored his third ODI double-century in the recently concluded three-match series against Sri Lanka.

According to an ICC media release, Rohit's current tally stands at 816, after the splendid knock of 208 (not out) in the second ODI. The Indian opener has crossed the 800-point mark for the first time in his career.

However, it's not Rohit's career-best ranking as he held No. 3 position last year in February.

Shikhar Dhawan, who was named player of the series, too gained one slot to reach 14th position after aggregating 168 runs including an unbeaten 100 in the third ODI at Visakhapatnam.

Dhawan had slammed 68 in the second match, figuring in a 115-run opening stand with Sharma.

Skipper Virat Kohli, who rested himself from the series as he recently got married to Bollywood actress Anushka Sharma, still leads the batting chart with 876 points.

For Indian bowlers, leg-spinner Yuzvendra Chahal moved up 23 positions to take 28th place after finishing with six wickets in the series.