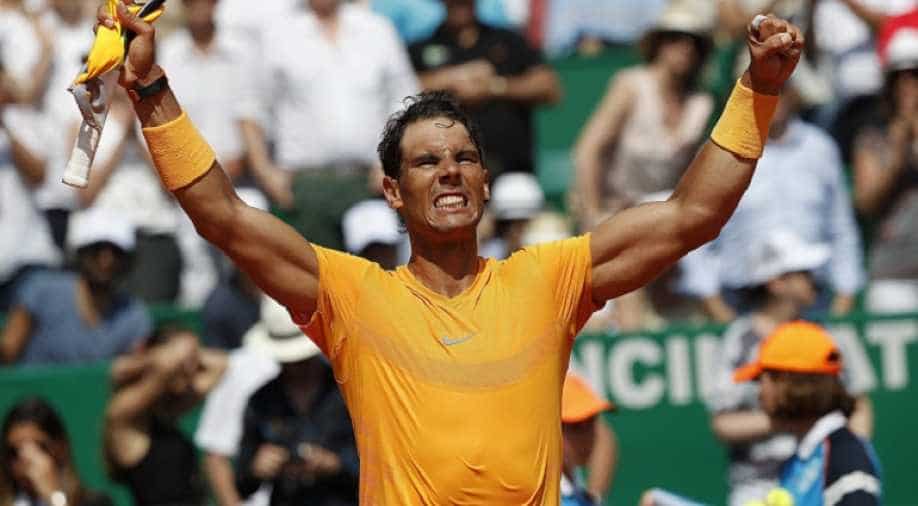 Rafael Nadal powered his way into the third round of the ATP Italian Open with a straight-sets win over Bosnian Damir Dzumhur, on Wednesday

Nadal lost his first match on clay in over a year last week in the Madrid quarter-finals to Austrian Dominic Thiem, following which he lost his world number one ranking to Roger Federer.

The 31-year-old, who claimed the 11th titles of his career at both Monte-Carlo and Barcelona, took the first set in 34 minutes coasting to victory in just one hour.

The 16-time Grand Slam winner next takes on either Canadian Denis Shapovalov, 19, or Robin Haase of the Netherlands.

But he will not be able to take revenge on sixth seed Thiem who lost his second round match 6-4, 1-6, 6-3 to Italian Fabio Fognini.