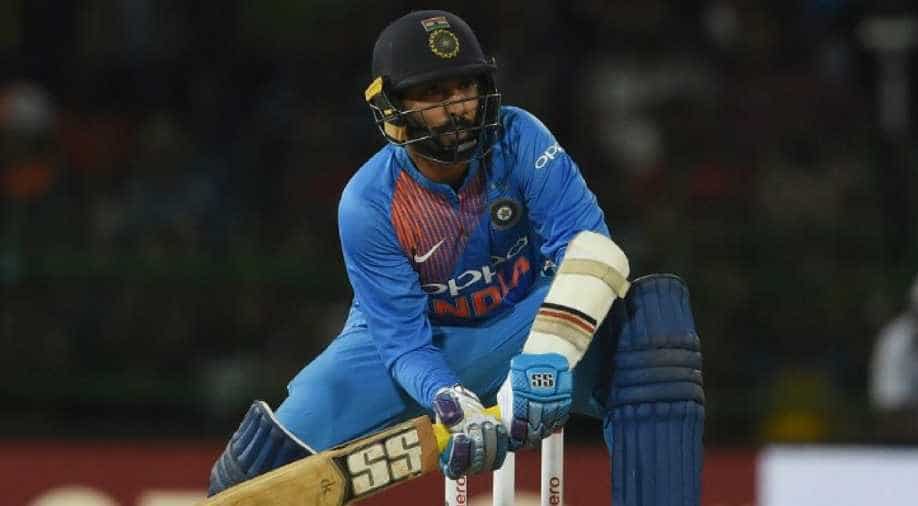 Dinesh Karthik attempts a shot while playing in the final of T20 tri-series. Photograph:( AFP )

Dinesh Karthik who emerged as a hero and inspired a mesmerising victory in the finals of Nidahas Trophy T20 tri-series was playing the 19th T20 match of his career at the R. Premadasa Stadium on Sunday.

He had begun playing for India before MS Dhoni and has worked really hard to mark a comeback in the team.

Dinesh Karthik made his debut before Dhoni. But he is still only 32 and batting better than ever before. Could well be a wonderful second wind for him if he can keep his form from the last 2 years

32-year-old Karthik is all set to display his captaincy skills in the 11the edition of Indian Premier League as he will lead Kolkata squad.

He was purchased by Kolkata Knight Riders during the auction for an amount of INR 7.4 Cr.

In the final match of T20 tri-series, Dinesh played at a strike rate of 362.50 and scored 29 crucial runs in just 8 balls and finished the nail-biting match by hitting six runs on the last ball.

At a moment when Manish Pandey lost his wicket and India needed 34 runs with 2 overs remaining, it was looking next to impossible to win from there but Dinesh Karthik came in and outplayed Bangladeshi bowlers.

For this splendid inning, he was honoured with the man of the match award.

With such brilliant performance under pressure, he definitely deserves to be in the playing XI of India team.