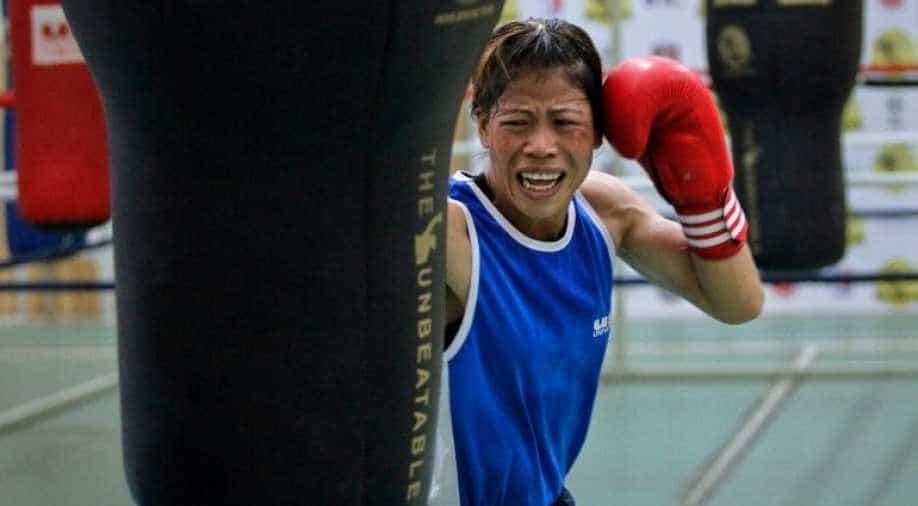 The 36-year-old Kom, an Olympic bronze medallist from London 2012, won 9-1 and was selected in the 51kg category in the Indian team for the February 3-14 qualifying competition in Wuhan, China.

India's MC Mary Kom sealed her spot for next year's Olympic qualifiers on Saturday with a split decision win over fellow flyweight Nikhat Zareen, who had publicly demanded a trial against the six-times world champion in the race for Tokyo.

The 36-year-old Kom, an Olympic bronze medallist from London 2012, won 9-1 and was selected in the 51kg category in the Indian team for the February 3-14 qualifying competition in Wuhan, China by the Boxing Federation of India (BFI).

The pint-sized puncher was earlier awarded an automatic spot but the 23-year-old Zareen criticised that decision and said Kom should have to go through trials. Zareen also wrote to sports minister Kiren Rijiju demanding his intervention.

Kom had said she would follow the instructions from BFI, which later decided to hold the trials with the row dividing opinion in the country where Kom is hailed as 'Magnificent Mary' for her achievements.

The face of the campaign to get women's boxing into the Olympics in London, Kom won a record sixth gold medal at the World Amateur Boxing Championships last year.

The most recent gold came after a gap of eight years for the trailblazing mother of three, who has also won gold medals at the Asian Games and Commonwealth Games and won her first world championship medal (silver) in 2001.