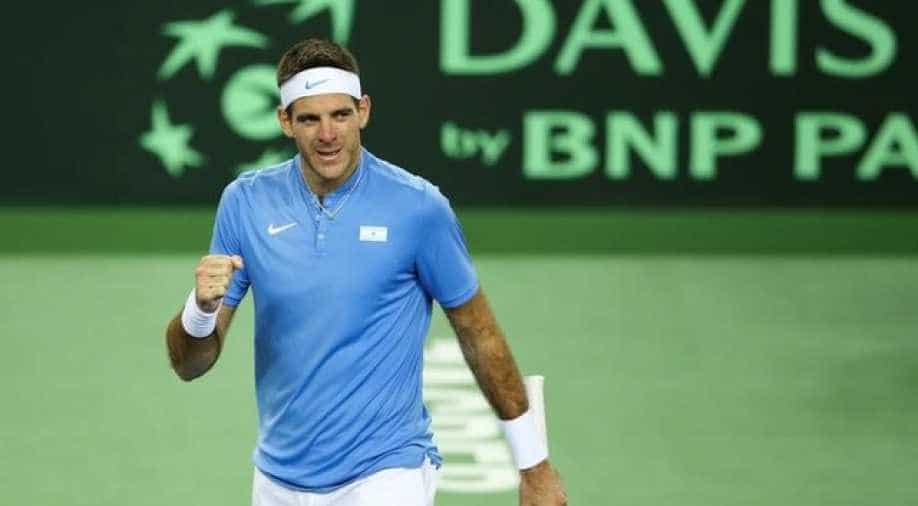 The Tower of Tandel made an impressive comeback last season, climbing more than 1,000 raking positions to cast himself as a grand slam contender for the 2017 season. Photograph:( Reuters )

Argentina's Juan Martin del Potro will miss next month's Australian Open and possibly his country's Davis Cup first round tie against Italy because of injury concerns.

The former US Open champion has been plagued with wrist injuries for the past three years and after an impressive return in 2016 said he wants to avoid any setbacks.

A statement announcing that he was withdrawing from the season-opening Auckland Classic and the Australian Open said he needed more recovery time after leading Argentina to the Davis Cup title for the first time in November.

"What I need is to have someone get me physically fit enough to last the whole year," the 28-year-old said.

"We're looking at what the priority is. If tennis waited for me for two years, Australia can wait for me for one more."

He is regarded as a serious challenger for grand slam titles but three surgeries to his wrist threatened to end his career. He began the year ranked 1,042 but ended the season inside the top 40.

Del Potro reached the Olympic singles final in Rio, losing a cliff-hanger to Andy Murray, before guiding Argentina to victory over Croatia in the Davis Cup final.

The 28-year-old has not completely ruled out being available for their opening round against Italy starting on February 3.

"There's still some time to the first tie against Italy, but not so much and it's going to be on clay, a surface I struggle on," Del Potro said.