IPL 2020: Suryakumar Yadav was as good as it gets, says Michael Vaughan 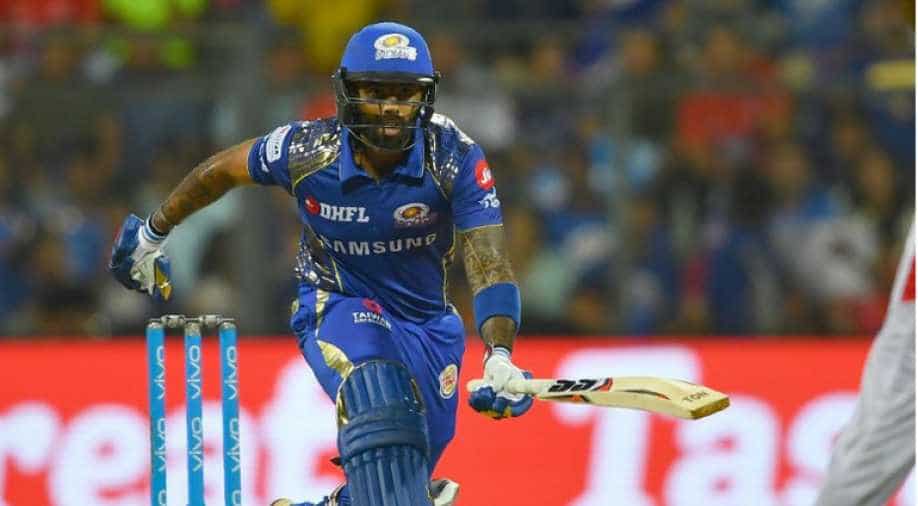 Mumbai Indian beats Royal Challengers Bangalore by 5 wickets, with 5 balls to spare, in Match 48 of the Indian Premier League (IPL) 2020, at Abu Dhabi. Devdutt Padikkal’s 45-ball 74 first helped Bangalore reach 164/6. They could have scored more, had Jasprit Bumrah (4-1-14-3) not pegged them back with a double-wicket maiden in the 17th over before conceding just 5 in the 19th. Suryakumar Yadav (79* in 43) then saw Mumbai home.

Michael Vaughan was all in praise of Yadav in My11 Circle Cricbuzz Live: “Suryakumar Yadav was as good as it gets … He hit a boundary whenever he wished. He played cricket shots. There was not really a huge amount of funky [shots], they were just real high-class cricket strokes. Of all the players in the IPL this year, I don’t think I have seen a player play spin with so much ease … Anytime you feel he can hit the boundary.”

Despite his stellar show this season, Yadav has been left out of India’s T20I squad for the Australia tour later this year. Commenting on that, Simon Doull said: “All you can do is continually put your name in the selectors’ minds. There might be some on the bus, on the plane, ahead of you, but if you continually bang that door, at some stage they kind of have to open it up, they have to let you in … He cannot be far away from an India cap.”

Vaughan praised Padikkal: “He is high-class. I am pretty sure within the next few years we will see plenty of him. Not just in the IPL, but he will get international colours … He can go with the pressure, he has got nice awareness of the game situation, he plays spin nicely as well (which you should expect) and also plays the quicks with calmness and control. Unfortunately for the rest of the world, India has found another batsman.” Doull mentioned that Padikkal is also a brilliant slip fielder.

Vaughan rated Bumrah as one of the three greatest bowlers in history, along with Lasith Malinga and Rashid Khan.

After 12 matches, Mumbai are on top with 16 points. It will take a chain of improbable results for them to not qualify. RCB are still at second place, level on points but marginally ahead in net run rate (+0.048 to +0.03