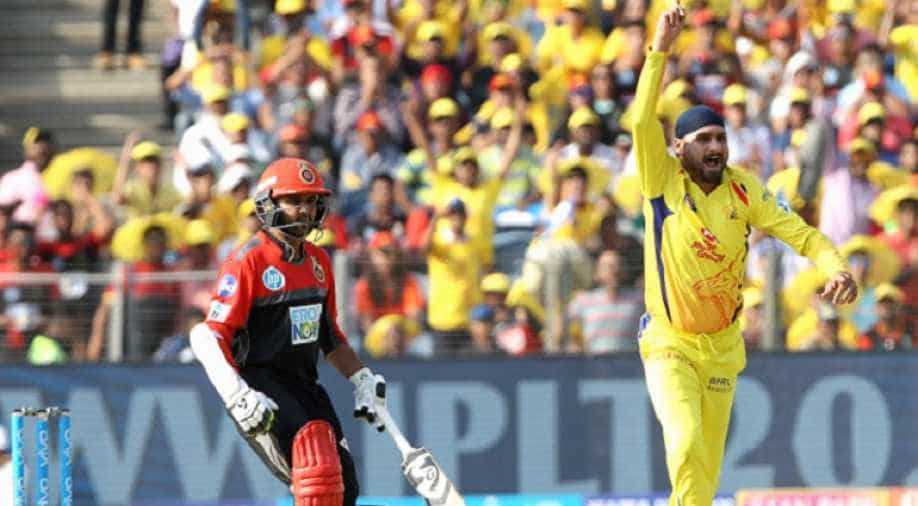 Virat Kohli-led Bangalore fell like nine pins after the powerplay as the team ended their innings at just 127, their lowest total in this year's IPL.

At one point Bangalore were 47 for the loss of one wicket, but then lost Kohli, AB and Mandeep to spin in the space of five overs.

Parthiv Patel, who played his first game in IPL 2018, smashed a half-century and also became the top scorer for the team by making 53 runs off 41 balls.

The team could have ended their innings with the lowest score in this year's league before Tim Southee came to their rescue.

He made 36 runs in 26 balls to save his team from drowning and set a decent score on board.

Apart from Patel and Southee, no other player scored in two digits.

Kohli was departed for eight runs and de Villiers made just one.

On the other hand, confidence Virat Kohli is leading the batting department from the front but still, team Bangalore is dealing with the problems of bowling unit, which has been very expensive especially in death overs.

On the other hand, the good news for Bangalore is that their star player, AB de Villiers is fit and back in the squad but opener Quinton de Kock has flown back home due to some personal reasons and skipper Virat Kohli might replace him by Manan Vohra.