Ganguly picks Pakistan as favourites for World Cup, says England's a 'lucky' venue for them 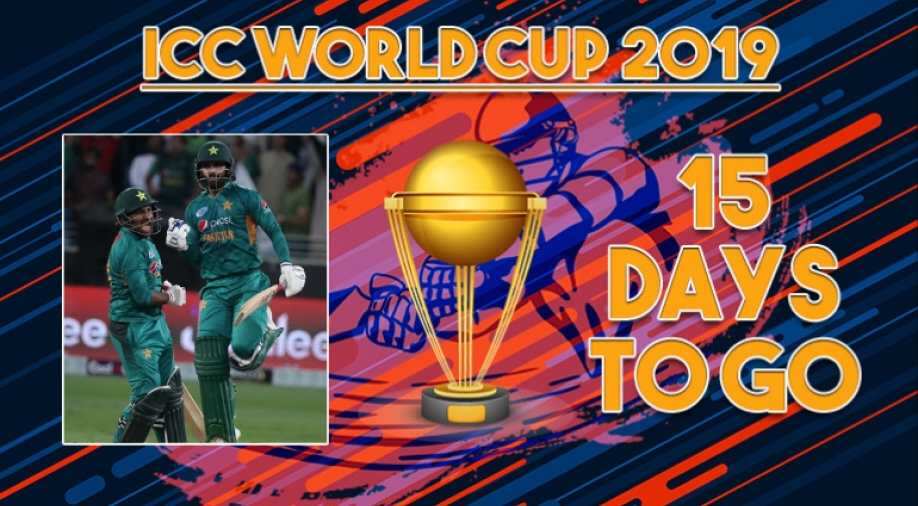 England has been a 'lucky' venue for Pakistan, who had won the 2017 Champions Trophy beating India and had also bagged their maiden World Twenty20 title in 2009

Former Indian cricketer Sourav Ganguly picked Pakistan alongside India, Australia and England as the four semifinalists in the upcoming World Cup, saying their records in world tournaments in England is remarkable.

England has been a 'lucky' venue for Pakistan, who had won the 2017 Champions Trophy beating India and had also bagged their maiden World Twenty20 title in 2009.

"Pakistan's record in world tournaments in England is remarkable. They won the Champions Trophy two years ago, they won the 2009 World T20 in England", the former captain added.

He also cited the recent example of Pakistan's second ODI against England, in which they almost chased down a mammoth 374 before going down by only 12 runs.

"Pakistan always play well in England. You see the last game in England. England got 374 and Pakistan just lost by 12 runs. They also beat England in England in Test matches there because of their bowling lineup", Ganguly said.

Ganguly, however, was quick to add that Virat Kohli's men should not be wary of Pakistan and they would prove to be strong contenders.

"I don't believe in records. Both of them will have to play well on that particular day. India will be a very good side. They will be very hard to beat. A team which has the likes of Kohli, Rohit, Shikhar Dhawan can't be weak", Ganguly said.

Asked to compare this team with that of his team of 2003 that lost to Australia in the final, Ganguly said, "Both the teams are of different generations. We played the final in 2003. I hope they play the final and win it.''

"Indian cricket is so strong. And we have been strong for the last 25-30 years. Every world competition that we play, we will have a chance. This team has as much chance as we had in 2003", he added.

Starting as one of the favourites, India would be under tremendous pressure but Ganguly felt it would bring out the best from Kohli and Co.

"So it's good that India is under pressure, every other team in the World Cup will be under pressure. You don't want to turn up like a Nepal or an Ireland where the entire world thinks that you're not going to win'', the former captain said.

"You rather turn up like an India or an Australia or an England where everybody says this team is going to win the World Cup. So Virat, probably being the best player of the world at the moment, is as much under pressure as anybody else and that will be good for him because he will turn up, work hard, he will be pumped and get India going", Ganguly added.

Ganguly said it would be an interesting World Cup as all 10 teams will play each other before the best four qualify for the knockouts.

"This team has as much as an opportunity. It's a great World Cup because all 10 teams play against each other and the best four qualify. There are strong teams and you realise England, Pakistan, West Indies all can win'', Ganguly said.

"So it's good that India is under pressure because it will help them perform and it's going to be exciting 55 days of cricket," Ganguly added.