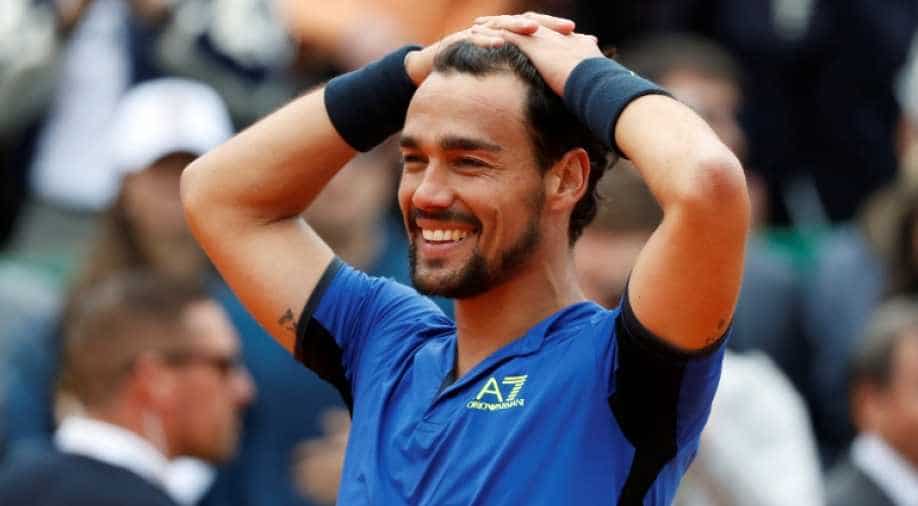 Fabio Fognini followed up his shock victory over Rafael Nadal with a 6-3, 6-4 final win over Dusan Lajovic to claim his maiden Masters title

Flamboyant Italian Fabio Fognini followed up his shock victory over Rafael Nadal with a 6-3, 6-4 final win over Serbian Dusan Lajovic to claim his maiden Masters title in Monte Carlo on Sunday.

The 31-year-old triumphed despite suffering from an apparent muscle problem to became the lowest seeded player, at 13, to claim the title since Gustavo Kuerten in 1999.

"I was preparing for the match as best I can because he has my ex-coach (Jose Perlas) and I knew it was going to be really tough, a lot of running," said Fognini. "It's an incredible achievement. I’m really, really happy."

Lajovic, who had not lost a set this week before Sunday, did not have the weapons to counter Fognini's tactical nous.

"It was my first time in a final, so a great experience for me," the Serbian said.

"Today was not easy to play, with a lot of wind. But Fabio is a guy who knows how to play in these conditions. He has great hands.

"He's moving really well. So I was feeling on the court that I had to work much harder than him to win the points. I think this was the key."

Fognini made several unforced errors early on, allowing Lajovic to break in the third game. But the Serbian failed to capitalise as he dropped serve in the next game.

Fognini won three games in a row and held off Lajovic to seal the opening set with a stunning backhand winner down the line.

It was the first set Lajovic conceded in the tournament and the Serbian appeared quite shocked, dropping serve in the first game of the second set.

After a brief fightback Lajovic, who was also looking to win his first Masters title, was overwhelmed again and Fognini again broke to move 3-2 up.

In the following game, the Italian had his right leg strapped by the trainer and Lajovic tried to make the rallies longer.

But Fognini cleverly ended some of them with dropshots as he held serve for 4-2.

He ended the contest on his second match point.