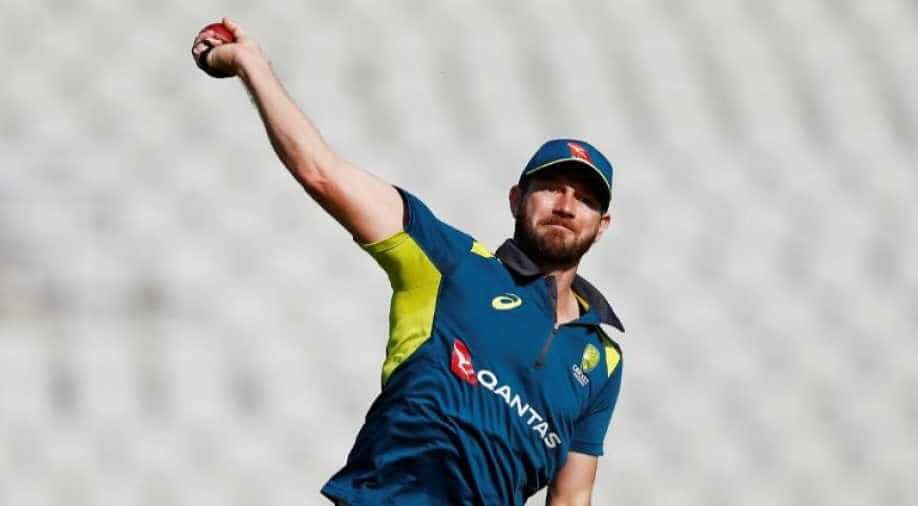 'Looking at the wicket in the last two or three Boxing Day test matches, it's been very hard to take 20 wickets,' Paine said earlier.

The hosts, who can clinch the three-match series with a second successive victory, are wary of the surface at MCG where bowlers had to really toil for any success in recent times.

They will unveil their playing XI on Thursday morning but captain Tim Paine suggested playing a fifth specialist bowler, a ploy they last employed in 2013 in Sydney against Sri Lanka.

"Looking at the wicket in the last two or three Boxing Day test matches, it's been very hard to take 20 wickets," Paine told reporters on Wednesday.

"Our batting team has been scoring a lot of runs so if we were to go one more bowler, we would be comfortable they could do the job.

"The bowlers we would be bringing in an all bat so while we're taking a batter out, we're probably lengthening our line-up."

Travis Head could be sacrificed to accommodate Neser while James Pattinson, replacing the injured Josh Hazlewood, will join the pace attack which also features Pat Cummins and Mitchell Starc. Nathan Lyon is their lone specialist spinner.

Earlier this month, a Sheffield Shield match at the MCG was abandoned after several batsmen sustained blows to the body on a dangerous pitch.

"It's a brilliant opportunity. I guess there's a sense of romance about being involved in the Boxing Day Test," skipper Kane Williamson said.

"The guys have all grown up watching whoever's been involved so it's quite cool to be part of it."

"He's a positive player and a smart cricketer so it's just trying to adapt to the conditions," Williamson said of Blundell who will be playing his first test in two years.

With 10 days to recover from the shellacking in the day-night test in Perth, New Zealand are confident of doing better with the red ball.

"Perth was tough and Australia is very good and tactically sound," Williamson said.

"It's important we learn from some bits of Perth but turn our focus to Melbourne and changing conditions and perhaps not be too reactive to that performance."