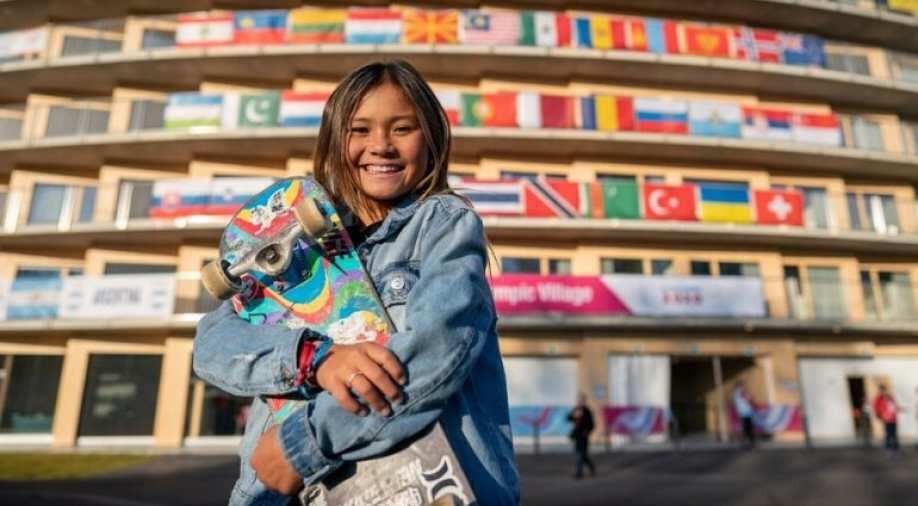 er appearance would have broken the record set by swimmer Margery Hinton, who was 13 years and 43 days when she competed at the 1928 Olympics in Amsterdam.

Sky Brown, who was poised to become the youngest Brit to be the part of the 2020 Summer Olympics sent a message to her fans on Tuesday telling them that she is fine and the things she does while she is at home practising social distancing.

She posted a video on Instagram, where she said: "Hey guys. It's Sky Brown again. I've been getting a lot of emails, texts, DM's about the Olympics. 'Are you ok?' and Yes I'm ok! I mean it's just been delayed.

It's been postponed. And that's why I want to talk to you from me. So yes the Olympics was my biggest dream. I wanted to be Britain's youngest-ever Olympian."

The young skateboarder Brown, was born in Japan to a British father and Japanese mother, would have been 12 years old when the 2020 Olympics kicked off in July. Her appearance would have broken the record set by swimmer Margery Hinton, who was 13 years and 43 days when she competed at the 1928 Olympics in Amsterdam.

With the International Olympic Committee (IOC) and Japan mutually agreeing to postpone the 2020 Tokyo Olympics by a year amid the COVID-19 pandemic, IOC president Thomas Bach on Wednesday said that the postponed Games would require ‘compromises and sacrifices’ from all stakeholders involved in the Tokyo Olympics 2020.

Bach, a day after the IOC decided to delay the 2020 Games, said that the postponed Games will need sacrifices and compromises from all stakeholders to make the Olympic dreams of athletes come true.