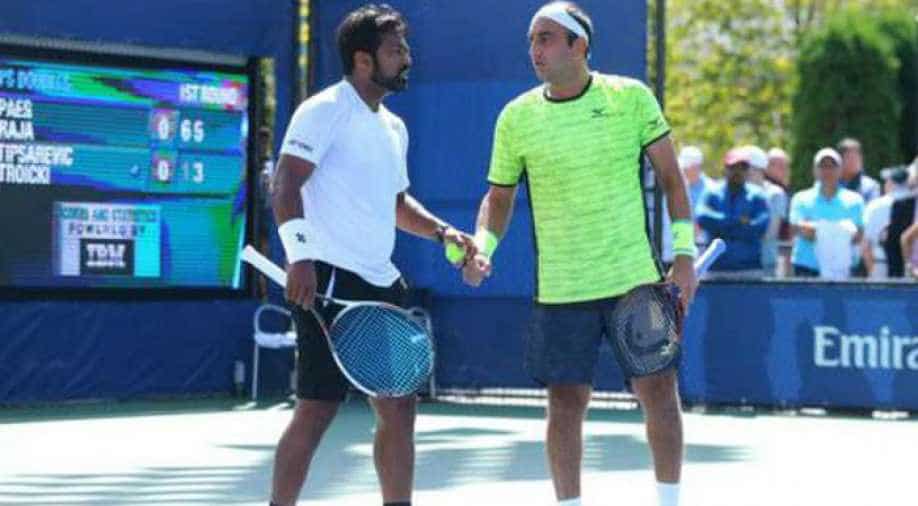 Veteran Leander Paes and Purav Raja fought off a match point to shock formidable fifth seeds Bruno Soares and Jamie Murray and progress to the men's doubles third round at the Australian Open here today.

The unseeded Indians overcame the Brazilian-Briton team 7-6(3) 5-7 7-6(6) after battling hard for close to three hours.

Left-handed Murray, world number 9 in doubles and Soares, number 10, were one of the most consistent performers in the 2017 season but it was Raja who stood out with his superlative net play today.

It was a tight contest from the beginning and after splitting the first two sets, the third set was locked 5-5 in the tie-breaker when Murray earned his side a match point on his second serve.

Raja, though came serving extremely well to not only save that match point but also earned a match point for the Indians with excellent hands at the net.

Soares served down a match point and Raja delivered a stunning backhand return winner to seal the issue.

Paes and Raja, who won two Challenger level titles to close the 2017 season, are playing their second Grand Slam together.

Now they will fight it out with Colombian 11th seeds Juan Sebastian Cabal and Robert Farah for a place in the quarterfinals.

The last time 44-year-old Paes played a quarterfinal at a Grand Slam was in 2016 at French Open where he and Marcin Matkowski had lost to Mike and Bob Bryan.