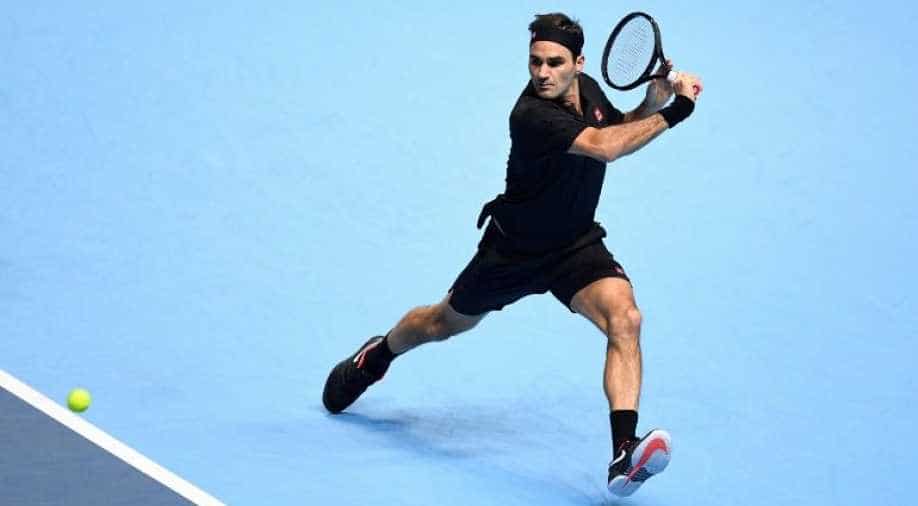 Novak Djokovic suffered defeat in a thriller against an inspired Dominic Thiem at the ATP Finals on Tuesday and now faces a showdown with great rival Roger Federer to decide who will reach the last four at the season-ender.

World number five Thiem blazed 50 winners in a sensational display of aggressive hitting to claim his second group win and seal his first semi-final in his fourth appearance.

Whatever his result against the already-eliminated Berrettini the Austrian will progress, but the only victory will do for Djokovic and Federer as they clash for the 49th time and first since Djokovic won an epic Wimbledon final in July.

While Federer is trying to avoid only his second group stage exit in 17 appearances at the year-ending showpiece, the stakes will be even higher for Djokovic.

He will have to recover quickly after being stretched to breaking point by Thiem in a match lasting nearly three hours.

"We go head to head with Roger. The winner goes to semis. Loser doesn't qualify. As simple as that," Djokovic, who led 4-1 in the final-set tiebreaker against Thiem, told reporters.

Thiem responded to losing a high-quality opening set in stunning fashion, ripping winners all over the blue court to take the second set and move a break ahead in the decider.

Few players know how to weather a storm quite like Djokovic though and when he broke back and had Thiem serving at 4-5, 30-30 it seemed he was closing in on victory.

He thought he had reached match point when Thiem's rasping forehand winner was called out but the Austrian challenged and Hawkeye ruled the ball had shaved the line.

Thiem broke in the next game but again Djokovic hit back to drag the match into a tiebreak.

Djokovic led 4-1 but Thiem would not be denied and reeled off five points in a row to give himself two match points.

Thiem thought he had served an ace at 6-4 but it was called out and this time his Hawkeye challenge was unsuccessful.

However, the Austrian made sure at the second time of asking as a weary Djokovic netted.

Generous in defeat, Djokovic said: "I thought he deserved to win. He just played very courageous tennis and was just smacking the ball. He went for broke.

"It was amazing. I have played him before. I know his game. But what he did tonight was just out of ordinary."

The 26-year-old Thiem is the first Austrian to reach the semi-finals of the tournament.

Federer was pushed hard by Berrettini in the first set as the Italian powerhouse showed the kind of form that has propelled him into the world's top 10.

But once Federer changed gear to claim 10 of 11 points to breeze through the first set tiebreak and break to love at the start of the second his 58th victory at the tournament was never in doubt. The 38-year-old's thoughts then turned to Djokovic.

"We'll find out, but I think it's all flushed away from my side," the 20-time Grand Slam winner said when asked if the memory of his Wimbledon loss to Djokovic was still bitter.

"I think we both can take away some confidence from the match. Him obviously a lot. Me maybe a tad bit less.

"But at the end of the day, I didn't hope I was never going to play him again. Actually, it's good for me to play him again, and maybe that all helps to get a chance to get him back or whatever it is. Personally, excited to play Novak on Thursday."