ATP Finals: Federer up against it after Thiem defeat 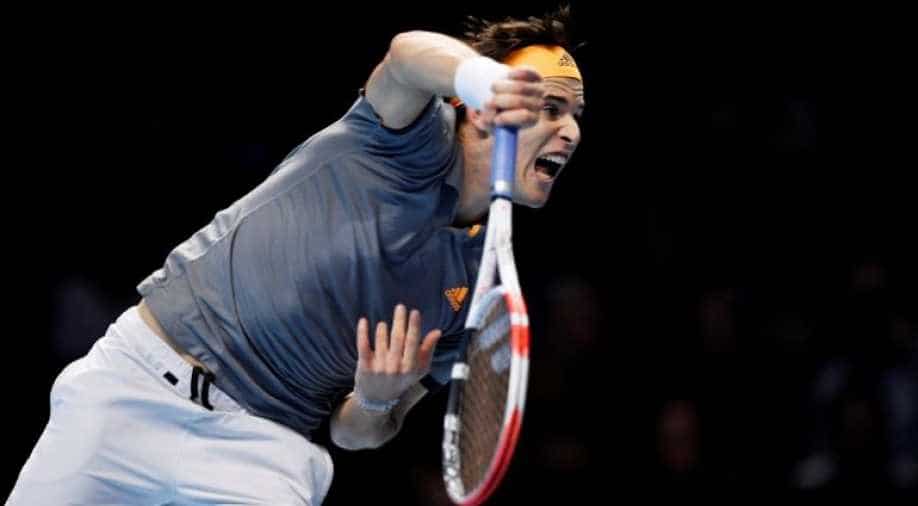 The 38-year-old Swiss, bidding for his seventh title at the event but his first since 2011, struggled to handle Thiem's aggressive game as he went down 7-5 7-5.

Roger Federer said he had no more margin for error if he wanted to avoid an early exit at the ATP Finals after losing his opening group match to Dominic Thiem on Sunday.

The 38-year-old Swiss, bidding for his seventh title at the event but his first since 2011, struggled to handle Thiem's aggressive game as he went down 7-5 7-5.

Only once in 16 previous appearances has Federer failed to survive the group phase, in 2008, and to avoid a repeat he will have to beat Italian Matteo Berrettini on Tuesday and most probably Novak Djokovic on Thursday.

Djokovic, aiming to claw back the year-end number one ranking from Rafael Nadal, destroyed debutant Berrettini 6-2 6-1 in the day's opening singles match at the O2 Arena.

Thiem put constant pressure on Federer and broke at 5-5 in each set to claim his third win over the Swiss this year.

"My forecast, it's a normal tournament from here on forward," 20-time Grand Slam champion Federer, beaten by Djokovic in an epic Wimbledon final in July, said.

"Not allowed to lose anymore for me. That's how it is every week of the year for the last 20 years, so from that standpoint there is nothing new there.

"I've got to recover, I've got make sure I play better than today, and hopefully I can win that match (against Berrettini)."

The warning signs were there in Federer's opening service game which he dropped and although he hit back impressively he faltered at 5-5 when Thiem hurried him into errors.

Federer had the majority of support in the packed arena but, try as he might, he could not find his A game in the second set as Thiem again dominated the baseline rallies.

Thiem, who has flourished this year since hiring coach Nicolas Massu after a slow start to the season, broke again at 5-5 and although Federer fought hard and had a point to take the set into a tiebreak he was unable to turn things around.

"I thought he played a tough first-round performance today, and my game was probably just not good enough, and the start didn't help," Federer said.

Thiem will face Djokovic on Tuesday.