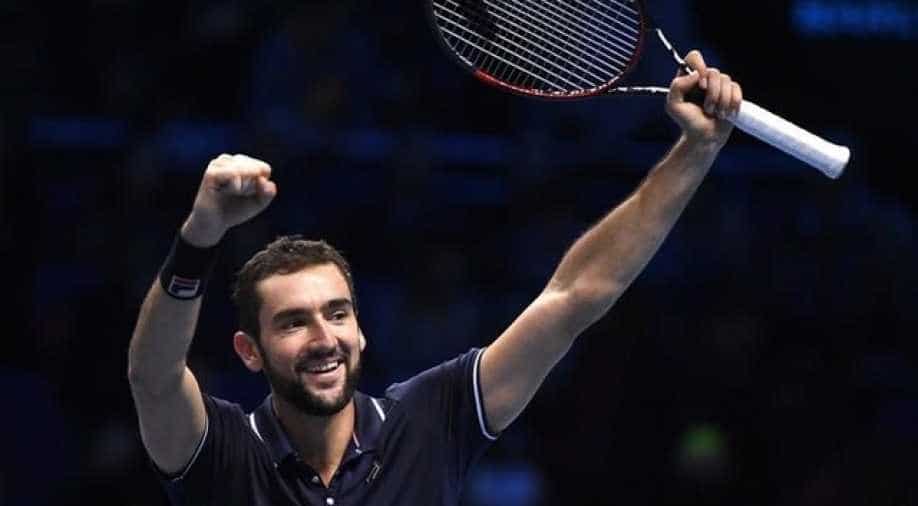 World number six Marin Cilic will be leading Croatia's bid to prevail over Argentina in the final. Photograph:( Reuters )

Former US Open winners and good friends -- Croatia's Marin Cilic and Argentina's Juan Martin Del Potro -- are set to lead their country's challenge to win the Davis Cup final this weekend in the imposing Zagreb Arena.

Cilic, who is ranked sixth in the world, will play against the Federico Delbonis in the first singles match, followed by Del Potro's match against the 37-year-old veteran Ivo Carlovic.

Big-serving Carlovic is making a return to the Davis Cup after a gap of four years.

Cilic will take on Del Potro and Karlovic is scheduled to face Delbonis in Sunday's reverse singles.

Croatia, winners in 2005, are bidding for their second title while Argentina are looking for their first. Argentina is the only country in Davic Cup history to have not lifted the trophy despite having played four finals in the past.

"I think Croatia are the favourites to win the tie," Del Potro told a news conference, sitting in front of the giant and elusive silverware on display.

"They are at home and have a very strong team, but we are looking forward to a great weekend and we are also very proud to be in another final.

"I’ll have to be focused against Karlovic because one break of serve could cost me the match. It is great to be in the final at this point of my career after so many injuries."

Cilic, who carried the Croatians in a 3-2 semi-final defeat of France, heaped praise on Del Potro and said the host nation banked on fervent crowd support while welcoming the expected arrival of Argentina's former World Cup winner Diego Maradona.

"Del Potro and I have known each other for a very long time," he said.

"He is a great player and a very nice person, We always get along very well on the ATP tour and he is a very positive character for world tennis.

"It will be nice to have Maradona here but it makes no difference to us that he will be cheering on his compatriots. There is little or nothing between the two teams and hence our passionate fans can make all the difference."

Argentina have a 3-0 Davis Cup record against Croatia, winning quarter-finals in 2002 and 2012 in Buenos Aires and 2006 in Zagreb.