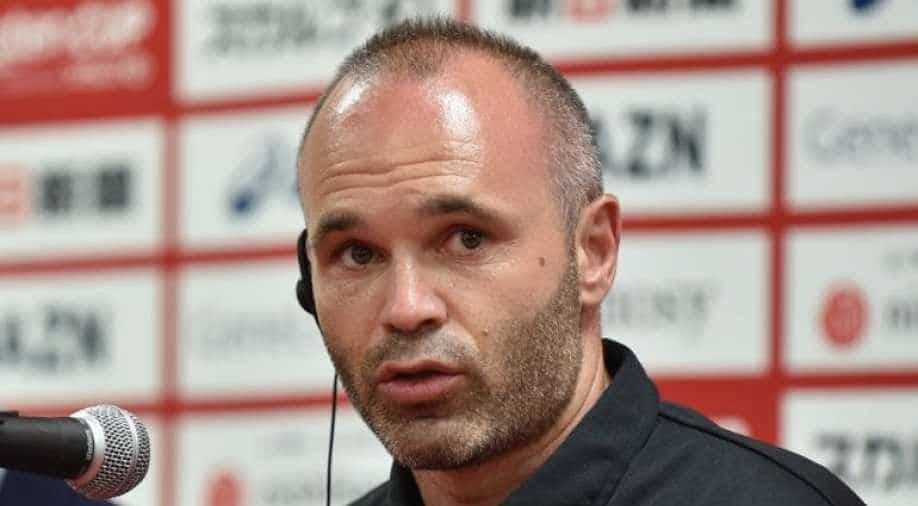 Barcelona legend Andres Iniesta is looking forward to taking on his former teammates when his Vissel Kobe meets Barcelona this weekend for a friendly, saying Friday the face-off will be "an honour."

The match Saturday in the Japanese city of Kobe will be a reunion of sorts, with Barcelona's current line-up facing ex-teammates Iniesta, David Villa and Sergi Samper, all now Vissel players.

It will be the first time Iniesta has met his former team on the pitch.

"We all feel that it is such an honour to play Barca," Iniesta told reporters through a Japanese translator.

"The team, Barcelona, is special... It will be a very important match for us," he said.

World Cup-winning Iniesta, who lifted 32 major trophies with Barcelona, signed for Kobe last May in a historic J-League deal worth a reported $30 million a year. The 34-year-old was appointed the team's captain in April.

The friendly is Barca's last match in Japan before they head home, and midfielder Sergio Busquets said the chance to meet Iniesta on the pitch "means a lot" to the players.

"Now he is in Japan and having new experiences. But it does not change the fact that he is a very important friend still," Busquets said.

"Now I am giving him these kind words, but tomorrow on the pitch I won't be able to be like this. We will fight with full strength."

The match comes after Chelsea defeated Barcelona 2-1 in their friendly in Saitama north of Tokyo earlier this week in a game that saw the unofficial debuts of World Cup-winning French striker Antoine Griezmann and former Ajax midfielder Frenkie de Jong.

Manager Ernesto Valverde said he wanted to see the new arrivals getting used to playing with the team and hoped for a better result for Saturday's match.

"I'm sure you saw the game the other day, in which they both played. I want them to play better than that with other players," he said.

Defender Gerard Pique will not play on Saturday as a precaution due to discomfort in his left thigh, Valverde said.

Iniesta's signing was viewed as a timely boost to the J-League, which once attracted luminaries such as Brazilian great Zico and former England striker Gary Lineker when it began in 1993 but has struggled to tempt marquee players in recent years.