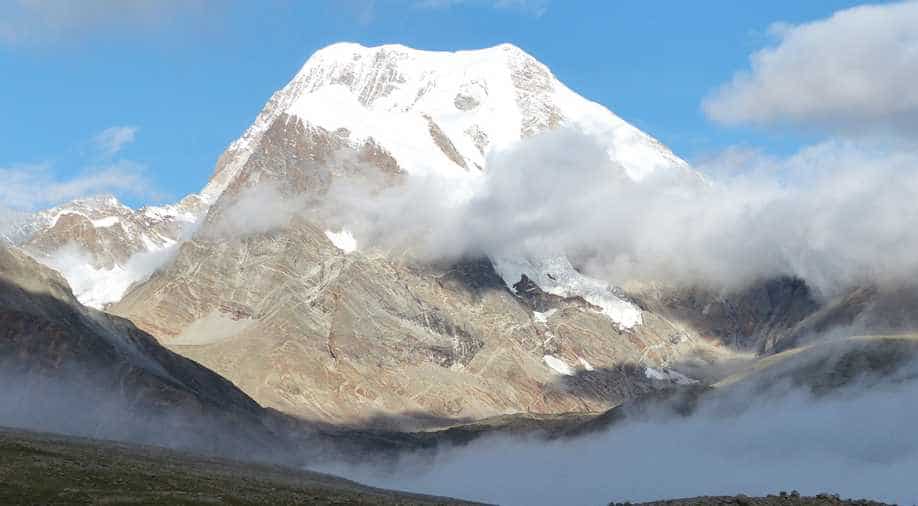 At the Himalayan region level, it should be made mandatory to identify and conserve biodiversity rich areas that could be categorised as ?no go areas? for any large-scale development (Pic courtesy: S.Sathyakumar) Photograph:( Others )

Forests are declining and wildlife habitats are degrading in the Himalayan mountain range. On top of these, land use patterns are rapidly changing and there is an emerging threat of climate change. Along with hunting and poaching, these factors would lead to the extinction of many species. Thus, immediate steps are required to strengthen the ongoing efforts to address the threats.

The Himalayan mountains stretch as an arc over 2,500 km from Nanga Parbat in the west to Namche Barwa in the east. Located at the junction of Palearctic and Indo-Malayan realms, the Himalaya covers roughly 14 per cent of India’s geographical area, almost 90 per cent of Bhutan and 80 per cent of Nepal. The Himalaysn region encompasses unique landscapes, wildlife habitats and species. It is needless to mention that the mountain range provides a lifeline to several million people living in the mountains and northern plains of South Asia.

In the last six decades, human population in the region have increased three-fold with a current average density of about 125 people per square km. Apart from farming, livestock rearing is an important livelihood which contributes 15-20 per cent of the annual income of a family. The rapid pace of development and over-exploitation of natural resources have led to habitat degradation and loss. Among other impacts, park-people interface issues have accentuated over time, there are negative human-wildlife interactions and consequent retaliatory killings. Additionally, climate change has led to habitat alterations and consequent changes in wildlife distribution and behaviour which are yet to be studied. These long-standing as well as emerging threats have led to the decline of many endangered wildlife species in the Himalaya.

Apart from farming, livestock rearing is an important source of livelihood in the Himalaya (Pic courtesy: S.Sathyakumar) (Others)

Climate change is one of the major drivers of ecological patterns and processes. It determines the well-being of wildlife resources and humans around the world. Limited evidence suggests that responses of species to impacts of climate change are inter-alia visible from changes in phenology, earlier onset of spring, and breeding in birds as well as in changing migration patterns of animals and lengthening of growing seasons. The effects of changes in the climate are particularly noticeable in places such as the Himalaya, where the network of snow-clad mountains, high-intensity drainage and precipitation characterises the landscape.

Some efforts have been made to conserve the rich biodiversity of the Himalaya by setting up of over 125 wildlife protected areas (PA) in India, Nepal and Bhutan. These areas cover 10 per cent of the Indian Himalayan Region and approximately 20 and 40 per cent respectively of the total geographical area of the other two countries. However, only a few PAs are free from human habitation while others are still suffering from varying levels of conservation status.

India pioneered the efforts to conserve Himalayan wildlife in launching ‘Project Snow Leopard’.  It helped to steer conservation efforts, keeping the top predator of the Himalaya, the Snow Leopard, as ‘flagship species’. A similar effort at the global level led to the formation of Global Snow Leopard Ecosystem Protection Priorities (GSLEP) by the 12 snow leopard range countries. GSLEP has proposed securing at least 20 snow leopard landscapes by 2020.

In order to strengthen conservation and management of wildlife resources in the Himalaya, the following steps have to be taken.

At the Himalayan region level, it should be made mandatory to identify and conserve biodiversity rich areas that could be categorised as ‘no go areas’ for any large-scale development (Pic courtesy: S.Sathyakumar) (Others)

At the Himalayan region level, it should be made mandatory to identify and conserve biodiversity rich areas that could be categorised as ‘no go areas’ for any large-scale development. Most importantly, trans-boundary co-operation between South Asian nations has to be enhanced to ensure habitat connectivity and to give protection to various species populations from poaching and smuggling.

Management of protected areas and surrounding landscapes are crucially dependent on the participation of local people. Cooperation of locals is indispensable in maintaining the use of natural resources in the buffer zones to below sustainable levels and in ensuring the integrity of the core zones for biodiversity conservation. To assist in the conservation of wildlife, local communities need to be provided with additional livelihood options, proper values should be accorded to local products and services, and only socially responsible economic development of local communities should be permitted.

The encouragement and support for research and monitoring have to be continued to help increase our understanding of emerging challenges of climate change and its impacts on wildlife. Educating all stakeholders on wildlife conservation, particularly, children and the personnel of security forces who are posted along the international borders should be accorded top priority. 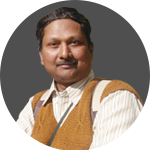 Sathyakumar Sambandam is scientist and faculty member at Wildlife Institute of India, Dehradun. He specialises on high altitude ecology.