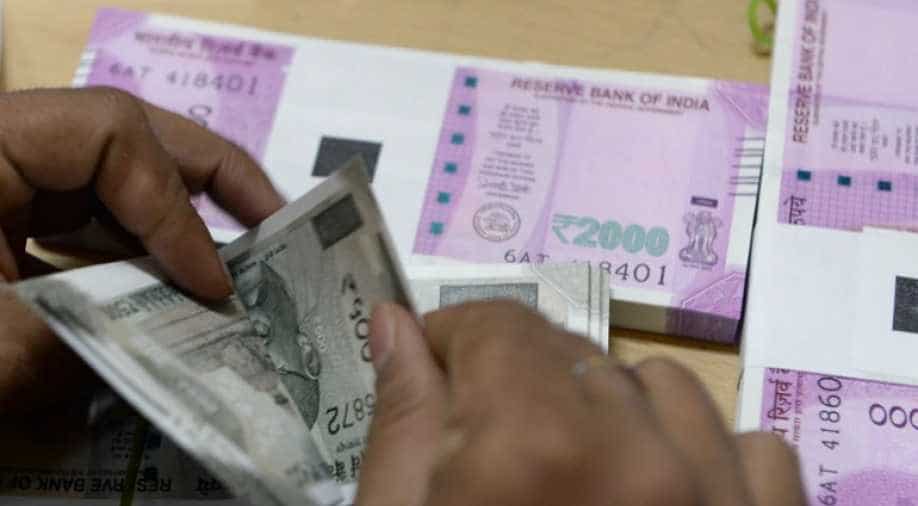 Nearly two-thirds of respondents in India and Vietnam said they had to sweeten the deal to access basic services like public education and healthcare. Photograph:( AFP )

Indian taxmen on Wednesday conducted raids at over dozen places in two states against the son and some relatives of Tamil Nadu Chief Secretary P Rama Mohana Rao.

There are allegations that Rao -- appointed as Tamil Nadu state's top bureaucrat earlier this year -- has close links with industrialist Sekhar Reddy. Reddy was arrested on Wednesday after taxmen seized 127 kg of gold and over Rs 170 crore from his businesses and residences.

A team of about 100 tax sleuths, aided by a platoon (about 35 personnel) of CRPF, launched the raids as early as 6 AM and visited at least 15 premises in the state and the neighbouring Andhra Pradesh as part of the tax evasion probe.

The searches, top I-T sources said, were launched against Rao's son Vivek Papisetty and his relatives and Rs 18 lakh in new notes and two gold bars of 1-kg each were seized from the premises of Vivek's father-in-law based in Chittoor of AP.

BJP state President Tamilisai Sounderrajan said I-T authorities had been conducting searches in the state of late, with lot of seizures being made from a private contractor, Shekhar Reddy.

"And today, searches are being conducted at the Chief Secretary's residence. This is a usual procedure undertaken by the Income Tax department. So how is it acceptable if those like Mamata Banerjee call it vindictive action," she said.

"The taxmen raid a place on suspicion or on information of 'movement of money' and "they will say there was nothing (incriminating available) if that is the case," she told reporters.

"The raids are done to see if any (illegal) cash is present. If there is nothing (incriminating available), they will say it. Therefore, I completely deny that this is vindictive action," she said.

Today's searches were also proof that the I-T department was "working without any discrimination", she said and pointed out that cash, gold and documents had been seized in earlier I-T searches in the state.

Recalling Prime Minister Narendra Modi's statement, she said 'honest people need not fear' as the tax evasion and black money probe was targeted against those indulging in irregularities.

"Therefore, today's searches is an action in support of people," she added.

Mamata Banerjee had criticised the I-T raid at the residence of Rao, saying such a "vindictive and unethical" act by the central agencies devalues the institution of head of the civil service.

"Why this vindictive, unethical, technically improper action? Is it only to disturb the federal structure? Why do not they raid Amit Shah and others..." she said in a statement.

Responding to Banerjee's charge that why BJP leaders were not being raided, Sounderrajan said that the tax sleuths just don't go about conducting searches but gather all relevant information before doing so.