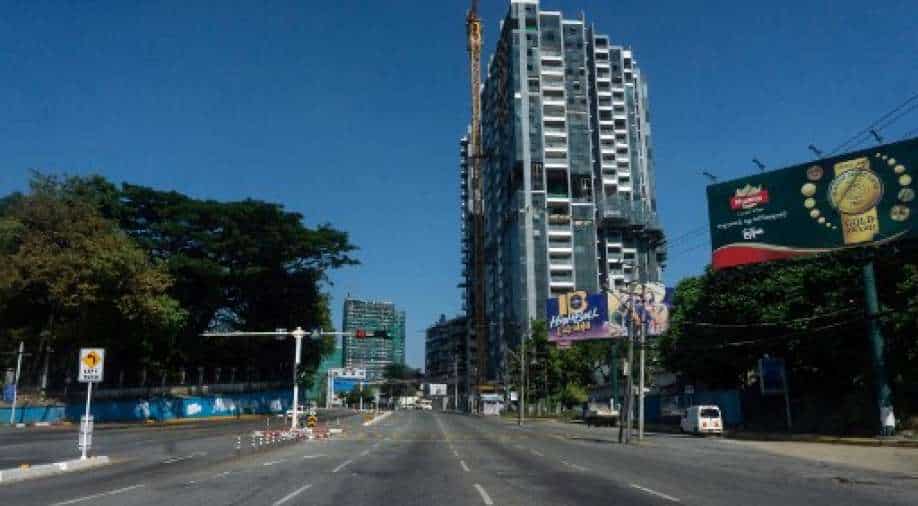 Several pictures that surfaced on social media showed deserted streets and roads. According to reports by AFP, the streets of downtown Yangon were seen with no street vendors

The streets of Myanmar were all empty on Friday as anti-coup demonstrators held a "silent strike."

"Restaurants, shops, and the main market are all closed," a resident of second city Mandalay said while speaking to AFP. "There have been no street vendors since this morning, no early morning walkers."

Several pictures that surfaced on social media showed deserted streets and roads. According to reports by AFP, the streets of downtown Yangon were seen with no street vendors. Also, the famous Shwedagon pagoda, a Buddhist site usually full of visitors and pilgrims was all empty.

Traditionally, one of the busiest streets in #Yangon #Myanmar has fallen silent as part of #SilentStrike movement to protest against #militarycoup Such a scene happening across Yangon and around the country. #WhatsHappeningInMyanmar#Dec10Coup
pic.twitter.com/swpmPKeQey

The strike came to an end at 4 pm, when Yangon neighbourhoods resounded to the noise of mass clapping.

The country has been in turmoil since the month of February, triggering nationwide protests. Over 1,300 people have been killed so far for protesting against the army.

This came in a few days after there were reports of several people being killed after a military truck drove into a crowd of protesters in Yangon. The peaceful rally was then violently dispersed, revealed a journalist and several eyewitnesses.

Speaking with AFP on the condition of anonymity, the journalist said, "They increased the speed when they got closer to the protesters, it was like they drove into them."

He further revealed that a few people, who were carrying banners in support of Aung San Suu Kyi, were hit and dragged to the ground. Also, the soldiers soon started firing at the crowd, he said.

While the United Nations has claimed that this incident would amount to the crimes against humanity, Myanmar's MRTV news reported that security forces "took action" on the protesters. Also, there was no mention of soldiers using a vehicle to disperse them.