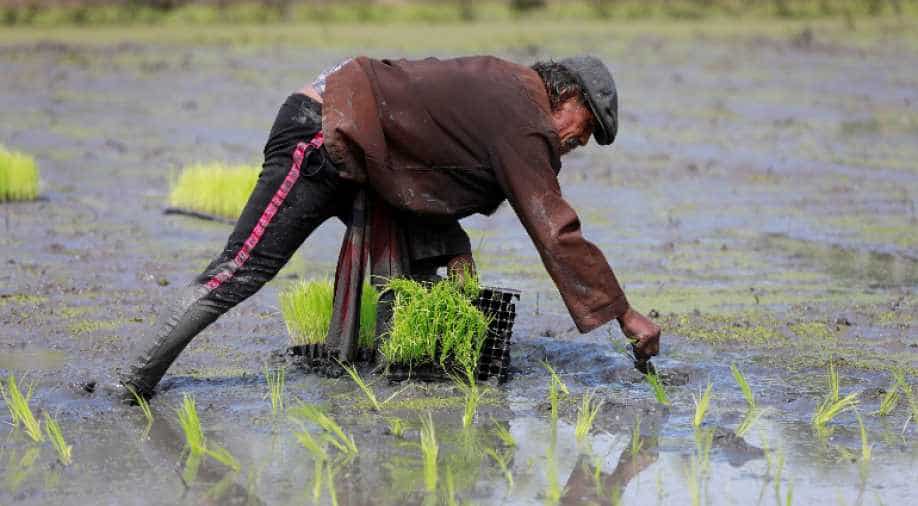 In top exporter India, the benchmark 5 per cent broken parboiled variety was quoted around $378-$383 per tonne this week, down from last week's $380-$385 due to a depreciation in the rupee.

In top exporter India, the benchmark 5 per cent broken parboiled variety was quoted around $378-$383 per tonne this week, down from last week's $380-$385 due to a depreciation in the rupee.

"Demand is modest. Prices are coming down due to a falling rupee," an exporter based at Kakinada in the southern state of Andhra Pradesh said.

The rupee is down about 2 per cent versus the dollar this year.

Meanwhile, in neighbouring Bangladesh, imports slowed to 137,000 tonnes in July-February due to the imposition of a tax on rice imports in June, food ministry data showed.

The south Asian country, which emerged as a major importer in 2017 after floods wrought havoc on local crops, imposed the 28 per cent duty to support its farmers after local production revived.

"Prices have edged up a bit after the government said it is buying rice from farmers for stockpiling," a trader based in Ho Chi Minh City said.

The country's rice exports in January-February were forecast to fall 4.9 per cent from a year earlier to 788,000 tonne, the government's General Statistics Office said on Thursday. Revenue from rice exports in the period was expected to drop 17.5 per cent to $335 million.

February rice exports from Vietnam, the world's third-largest shipper of the grain after Thailand, totalled 350,000 tonnes, worth $140 million, the GSO said.

"Exporters are selling the rice at a lower price but there are no major deals at the moment that (could) impact prices," a Bangkok-based trader said.

While exporters still anticipate large deals from the Philippines, the strength of the local currency against the dollar makes Thai rice export less competitive, traders said.

"New supply has helped lower the price but the strong baht and the lack of demand remains two worrying factors for exporters," another Bangkok-based rice trader said.