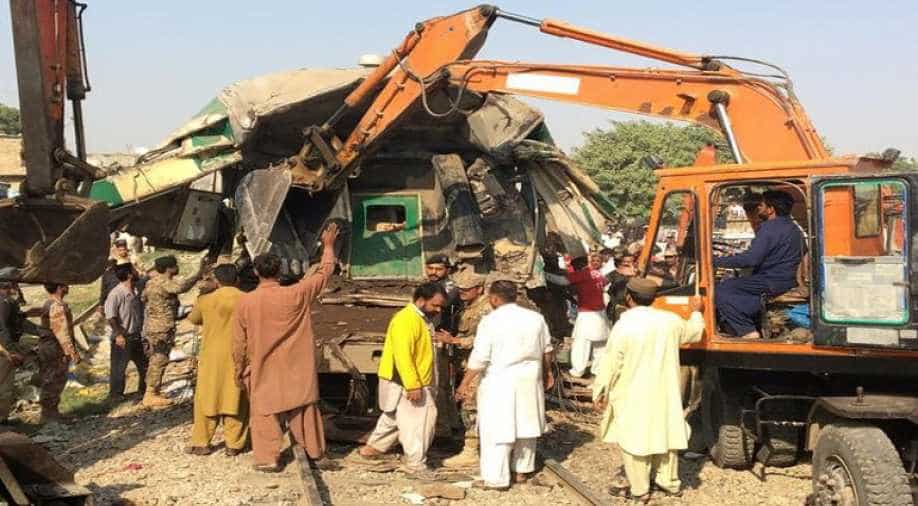 Rescuers workers use heavy machinery on the car of a train which crashed outside Karachi, Pakistan November 3, 2016. Photograph:( Reuters )

The collision occurred between the Zakaria Express and Fareed Express trains in Karachi, according to multiple reports.

A senior administration official in Karachi told AFP that there could have been up to 1,000 passengers in total on board the trains when the accident occurred.

"At the moment, we don't know the exact number of casualties but there could be up to 1,000 passengers in both trains," Nasir Nazeer, district coordination officer in Karachi said.

"We have sent heavy machinery and cutting equipment to remove the overturned cars from the track and rescue the trapped passengers inside the coaches."

This is the country's second major rail collision in less than two months after the Multan train accident in September left at least four people dead and injured 93 people, Reuters reported.