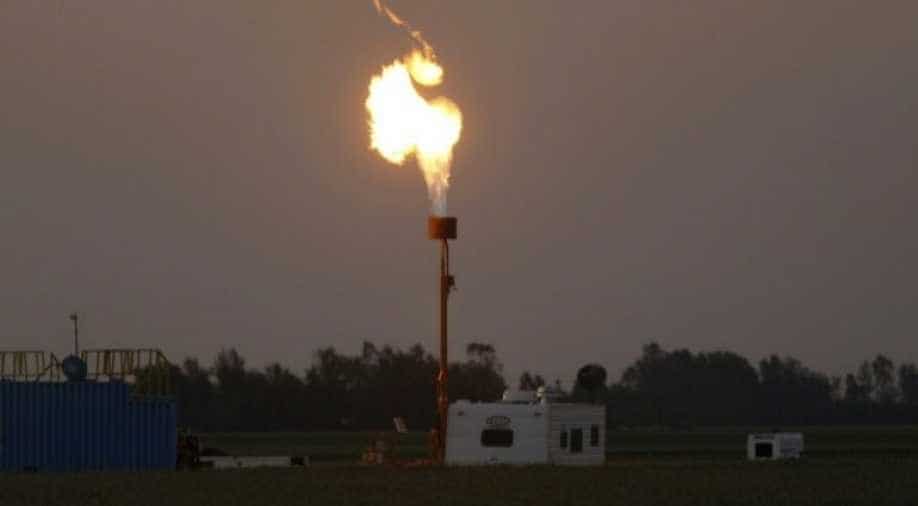 The US Environmental Protection Agency said plans to roll back limits on methane leaks from pipelines and wells would save the oil and natural gas industry millions but major oil corporations want current rules maintained Photograph:( AFP )

Satellites spotted a large plume of methane leaking from one of Pakistan’s largest cities last month.

“Most of the time, it’s different sources that accumulate into methane clouds.”

This is not the first time such an incident has taken place in Lahore.

Lahore has a history of these kinds of leaks. Since the beginning of 2019, Kayrros has analysed dozens of methane clouds spotted around the city. Kayrros uses data collected by the European Space Agency’s Sentinel-5P satellite.

A researcher at the Netherlands Institute for Space Research who also uses Sentinel 5-P’s data to hone in on global methane hot spots, Bram Maasakkers, has said that one potential source could be the Lakhodair landfill in the northeast part of the city.

The rate of release was about 4 tons per hour, which GHGSat captured using its own commercial satellites. The landfill operators did not reply to a request for comment.