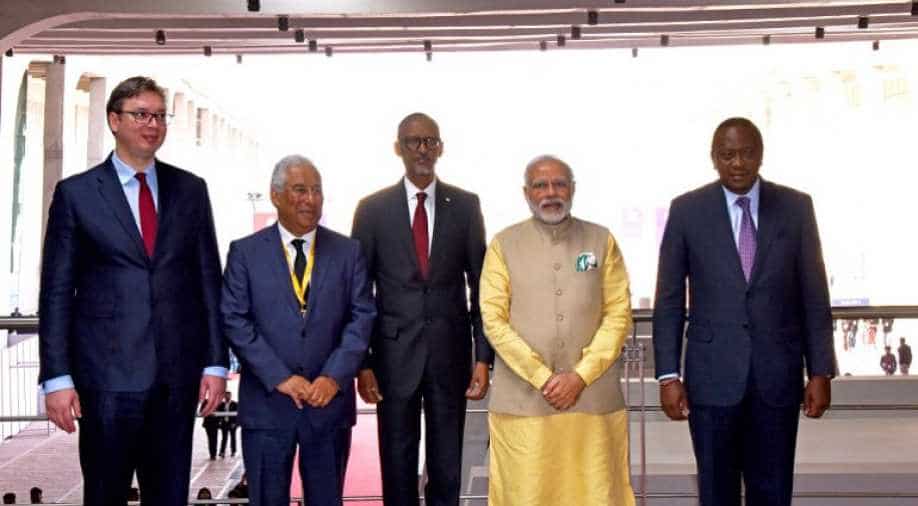 Indian Prime Minister Narendra Modi, who inaugurated the four-day-long Vibrant Gujarat summit, was optimistic about the growth potential of  the country's economy despite the global slowdown.

The prime minister said creating an enabling environment for business and attracting investments was his top priority. "We have placed the highest emphasis on ease of doing business," he said. "My government is strongly committed to continue the reform of the Indian economy." He also said the total FDI inflows since May 2014 had touched $130 billion, reflecting confidence of foreign investors in Indian economy.

He also emphasised the government's thrust towards the digitisation of the economy and implementing e-governance in a big way. "Believe me, we are on a threshold of becoming the world's most digitised economy," an upbeat Modi said at the summit.

The prime minister also met several delegates from various nations, including CEOs of Fortune 500 companies, on the sidelines of the Vibrant Gujarat Global Summit held in Gandhinagar, the capital of Indian state Gujarat.

The summit, held once every two years, was launched in 2003 by PM Modi while he was chief minister of Gujarat.

Here are the highlights from PM Modi's speech: