Hindu, Christian women 'marketed' by Pakistan as 'concubines' in China: Top US official 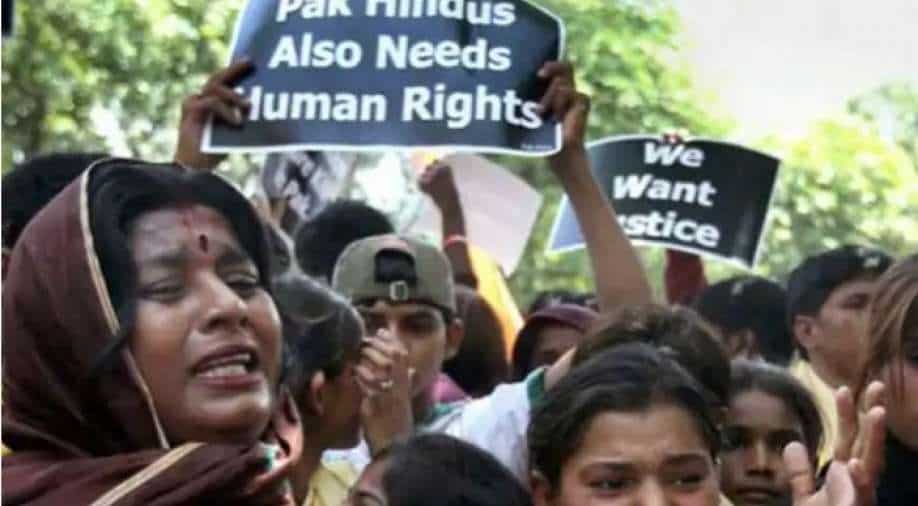 He mentioned this as one of the reasons for designating Pakistan as a country of particular concern (CPC) under the International Religious Freedom Act.

US Ambassador-at-Large for International Religious Freedom Samuel Brownback has said that Pakistan is marketing Hindu and Christian women as "concubines" and "forced brides" to China.

“We just had really a difficult webinar this morning on forced brides into China, and one of the source places is Pakistan religious minorities, Christians and Hindu women being marketed as concubines or forced brides into China because there’s not effective support, and then there’s discrimination against the religious minorities that make them more vulnerable,” he said.

He mentioned this as one of the reasons for designating Pakistan as a country of particular concern (CPC) under the International Religious Freedom Act.

Also read | When world is urging to stay home, Pakistan tears down Hindu homes in Bhawalpur

Because of the one-child policy imposed by China for decades, there is an acute shortage of women given the cultural preference for boys leading to Chinese men importing women from other countries as brides, mistresses and labourers.

Brownback was responding to a question as to why Pompeo designated Pakistan as a country of particular concern and not India. The top American diplomat said that half of the world’s people that are locked up for apostasy or blasphemy are in Pakistani jails.

“(In) Pakistan – a lot of their actions (violations of religious freedom) are done by the government. In India much of its communal violence. And then when that takes place, we try to determine whether or not there has been effective police enforcement, judicial action after communal violence takes place,” he told reporters during a conference call.

US Secretary of State Mike Pompeo on Monday designated Pakistan and China along with eight other countries that are of particular concern for engaging in or tolerating “systematic, ongoing, egregious violations of religious freedom.” The US Commission for International Religious Freedom (USCIRF) had recommended to the State Department to designate India also as a country of particular concern (CPC). Notably, the State Department did not accept the recommendation.

India has rejected the USCIRF’s observations against the country in its annual report.