When world is urging to stay home, Pakistan tears down Hindu homes in Bhawalpur 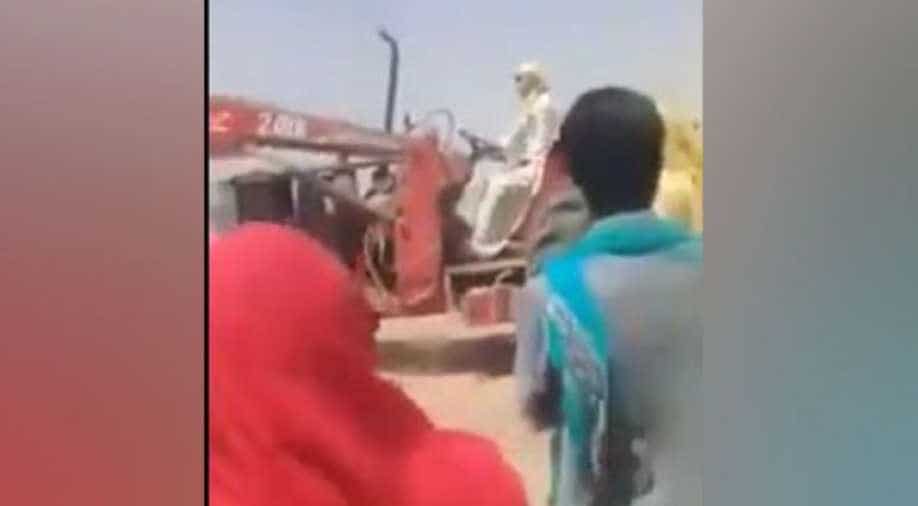 The incident came days after the country's Human Rights Commission of Pakistan tore into the government for its failure to protect the rights of minorities.

As countries encourage people to stay indoors to contain the pandemic, Pakistan has made its own people homeless.

A Basti of minority Hindu community was razed to the ground in the blistering heat of Bhawalpur in its Punjab province.

What's even more shocking is, the demolition of walls and roofs over people's head were crushed under the watch of Tariq Bashir Cheema, the Housing Minister in the Imran Khan cabinet, who was accompanied by the country's Principal Information Officer Shahid Khokhar.

The incident came days after the country's Human Rights Commission of Pakistan tore into the government for its failure to protect the rights of minorities.

Recently, in a similar incident, houses and a graveyard belonging to the Christian community in Khanewal district of Punjab province were destroyed by a politician belonging to Imran Khan's party, Pakistan Tehreek-e-Insaf.

Pakistan is a well-established perpetrator of such human rights violations. Uncounted incidents are reported from Sindh province and other parts of Pakistan where Muslims have forcibly abducted and converted Hindu minor girls to Islam for marriage.

Various governments of Pakistan, on several occasions, have promised to safeguard the interest of minority communities in the nation. However, rampant attacks on minorities narrate a different story.

Islamabad has been discriminating against its religious minorities, which manifested in various forms of targeted violence, mass murders, extrajudicial killings, abduction, rapes, forced conversion to Islam, etc, making Pakistani Hindus, Christians, Sikhs, Ahmadiyyas, and Shias one of the most persecuted minorities in the region.