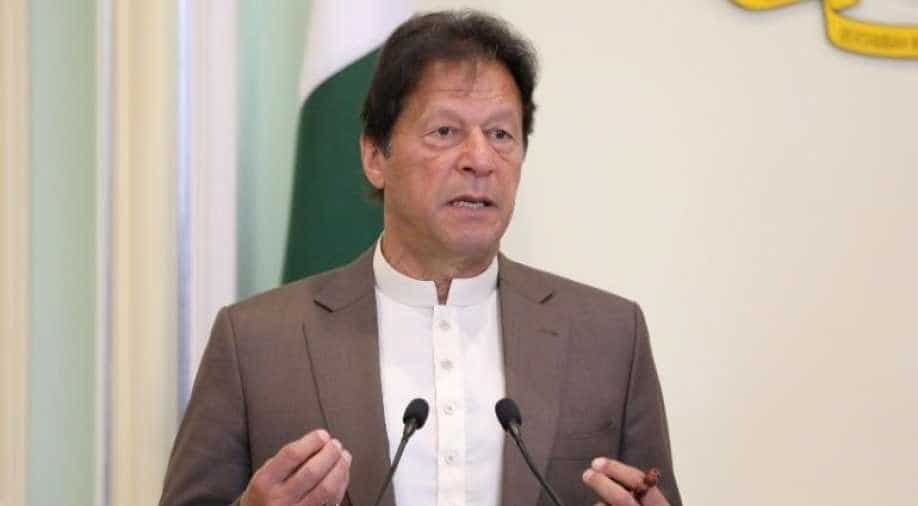 This story is set in 'the land of the pure'. A land where terrorists roam freely. A land where ministers hail terror attack in parliament. The leader of this land is quick to preach others on secularism and minority rights. But what does he practise? This is about Pakistan and its Prime Minister Imran Khan Niazi. He has been making a lot of news of late.

Raja Lal is the father of Arzoo Raja. A 13-year-old Christian girl who has been missing since October 13. She was abducted in broad daylight outside her house in Karachi's railway colony. The local police say that she converted to Islam on her own free will and has married her 44-year-old abductor. A certain Ali Azhar. They say they have proof.

But the girl's parents say that this was signed under duress. The police say it wasn't. They are not even paying heed to the fact that the girl is just 13-years-old. Her birth certificate mentions her date of birth to be in the month of July in 2007. The evidence is undeniable. But the Karachi police is still in denial.

Moreover, On October 27, Sindh High Court validated Arzoo's marriage to her abductor. Arzoo's mother was not allowed inside the courtroom. She begged and cried as the court made a mockery of the law.

This is the state of minorities in Pakistan. This is not a one-off incident.

In August this year, another Christian girl was abducted and married off in a similar fashion. Her name was Marya Shahbaz. She was just 14 years old. Her story is the same. Kidnapped, converted, forcefully married and ordered to stay with her abductor. Her whereabouts are still unknown. Her parents are still fighting for justice.

Fear has become a daily reality for Christians in Pakistan. They constitute just 2 per cent of Pakistan's population. But they are facing increasing discrimination and violence by the majority Muslims. A measure of how they are being treated can be gauged from the stories of Arzoo and Marya. Two minority girls failed by the judicial system of Pakistan. A system, where judgments are passed based on Islamic interpretations of the law.

All this while, Pakistan chases wrong priorities, panders to extremists, and lectures western countries on how to treat their minorities.