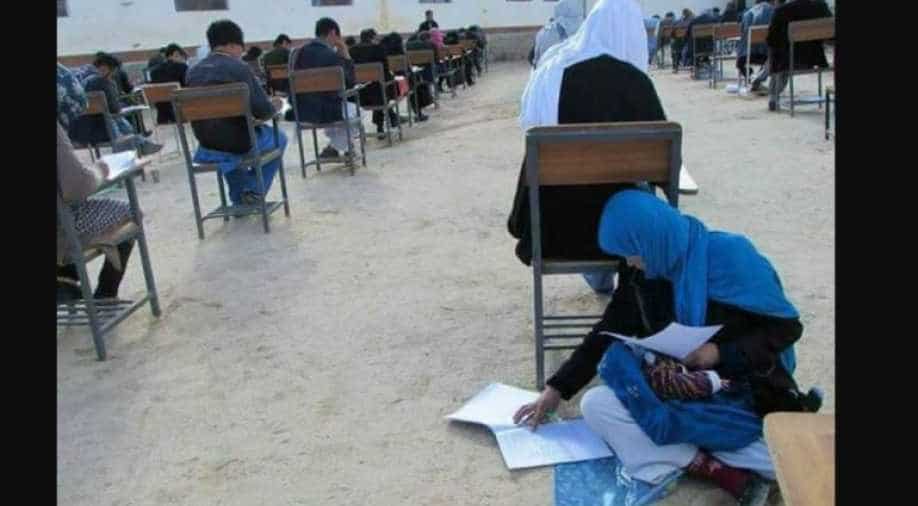 Taab was photographed by a lecturer who was also monitoring the exam Photograph:( Twitter )

A picture of an Afghani woman is taking the internet by storm aptly exhibiting the undying spirit of a woman's determination. In the picture, the woman is seen taking her university examination while nursing her newborn.

According to reports, 25-year-old Jahan Taab was photographed at a private university in Afghanistan's Daykundi.

She was photographed by a lecturer who was also monitoring the exam.

Mr Erfan, the lecturer, didn't want to miss out the opportunity to capture the rare moment -- a moment that encapsulated the many shades of womanhood.

Although Erfan's post is now deleted, Taab's pictures are afloat all over the internet.

In order to say no to the ignorance, this #woman in central #Daikundi province of #afg while hugging her child participated in Kankor exam to join university & bring positive changes to her family's life.