Chennai oil spill: Centre says over 90% of clean-up work over 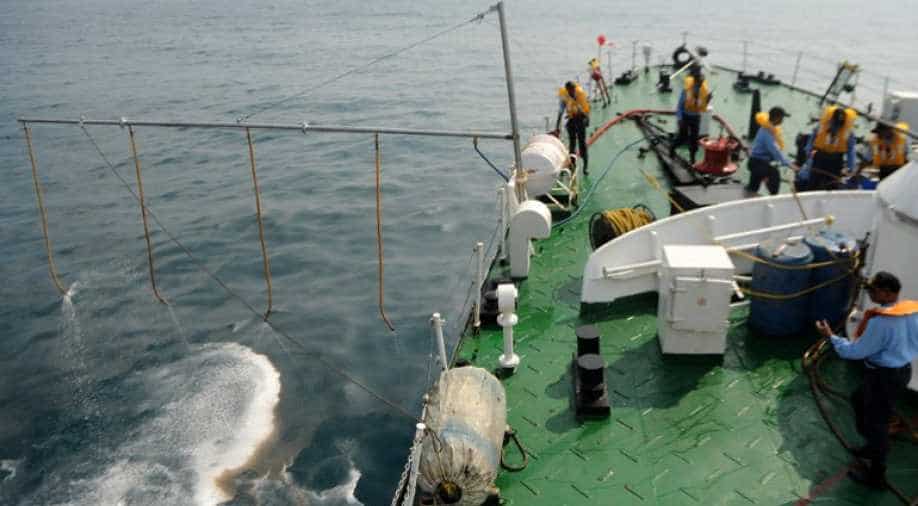 The statement further added the cleanup operation would be completed in a couple of days. Photograph:( AFP )

India’s Central Government on Saturday said a total of 65 tonnes of sludge has been removed so far after a massive oil spill along the Chennai coast last week, the Press Trust of India reported.

The statement comes after concerns from environmentalists that the oil spill was not being properly assessed by the government.

"The total quantity of sludge which was removed till February 2 was 65 tonnes. It is observed that there is a vast difference between quantity of oil spilt and sludge recovered due to the fact that the oil gets coagulated and becomes puffy when it is recovered with water and sand," an official release said.

"More than 90 per cent of the work has been completed and most of the residual work is expected to be completed in a couple of days," it said.

Further, 'Super Suckers' had removed 54 tonnes which contained 70 per cent water, it added.

On January 28, two shipping vessels had collided outside the Kamarajar Port at Ennore, resulting in rupture for one of them which led to an oil spill.

The release stated that as soon as the oil leak was tracked, the Coast Guard started mobilising equipment and manpower for clean-up at various locations and coordinated the operations.
A massive clean-up operation was launched in Tiruvallur, Chennai and Kancheepuram districts by engaging more than 2000 persons at various sites including Ernavur, Chennai Fishing Harbour, Marina Beach, Besant Nagar, Kottivakkam, Palavakkam, Neelankarai and Injambakkam beaches.

The statement further added the cleanup operation would be completed in a couple of days.