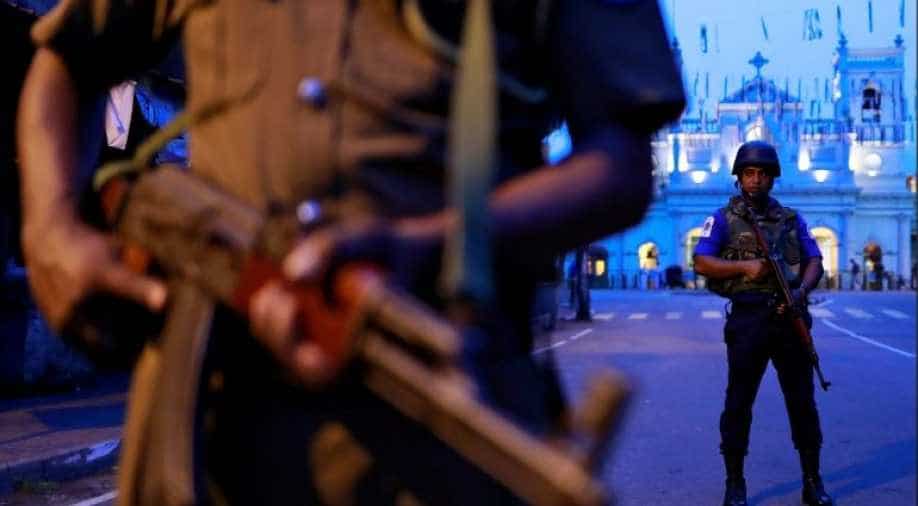 Security personnel stand guard in front of St Anthony's Shrine, days after a string of suicide bomb attacks across the island on Easter Sunday, in Colombo, Sri Lanka Photograph:( Reuters )

The attacks, claimed by the militant group Islamic State, took place despite repeated warnings from Indian intelligence that an attack was imminent.

Sri Lanka's police chief and its former defence secretary should be charged with crimes against humanity for failing to prevent attacks on churches and luxury hotels that killed more than 250 people in April, the attorney general said on Monday.

The attacks, claimed by the terrorist group Islamic State, took place despite repeated warnings from Indian intelligence that an attack was imminent.

Attorney General Dappula de Livera wrote to the acting police chief urging him to bring charges against his predecessor Pujith Jayasundara and the former secretary to the Ministry of Defence, Hemasiri Fernando.

"There is sufficient information to prove the negligence of official duties ... and criminal negligence. It is also considered a grave crime against humanity under international law," Livera said in the letter.

President Maithripala Sirisena has accused Fernando and Jayasundara of failing to act on an April 4 intelligence report about an attack planned for April 21, Easter Sunday.

Jayasundara and Fernando have denied all allegations.

Jayasundara last month told a parliamentary committee led by allies of Sirisena's rival, Prime Minister Ranil Wickremesinghe, that the president had asked him to take the blame for the bombings and resign, promising him a diplomatic posting in return.

Jayasundara refused to quit and was later asked to go on leave, with his deputy standing in for him.

Fernando, who resigned as defence secretary, told parliament that Sirisena had given instructions to keep Wickremesinghe, with whom he fell out in October, out of security council meetings. The defence secretary reports to the president, who heads the Defence Ministry.

Sirisena has not publicly addressed the accusations but said after the testimonies last month that he would not accept the committee's conclusions.