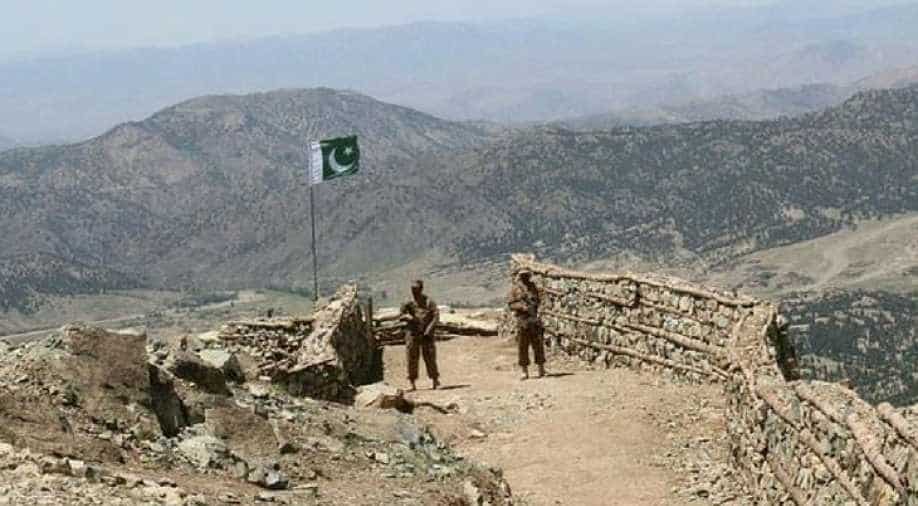 A roadside bomb killed three soldiers Sunday in a remote part of northwest Pakistan near the border with Afghanistan, officials said.

The bombing took place in the village of Ghulam Khan in North Waziristan, one of the country's seven semi-autonomous tribal areas where the military has been battling Islamist militants, including the Pakistani Taliban.

The soldiers from the paramilitary Frontier Corps were searching for bombs to clear the area for the passage of a convoy, a senior Pakistani security official told AFP.

It was not possible to independently verify the account as the area is out of bounds for media.

A curfew has been imposed in the area as security forces search for the suspected militants who planted the bomb, the official said.

There was no immediate claim of responsibility, but Taliban militants have carried out many similar attacks in the past.

Violence in Pakistan has declined in recent years following a series of military offensives against insurgents along the northwestern border with Afghanistan, but militant groups are still able to carry out bloody attacks.

There have been a number of deadly assaults in recent weeks in the northwest as well as in the southwestern Balochistan province.

This latest wave of attacks came as hundreds of people displaced from their homes during the offensives in North Waziristan prepared to return after the military declared the region safe.