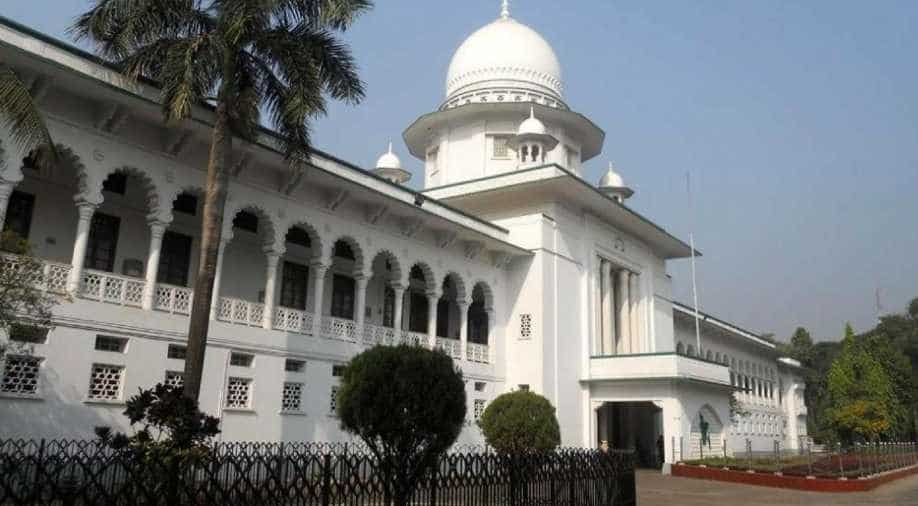 Militants of the banned Neo-Jamaatul Mujahideen Bangladesh (Neo-JMB) attacked the posh Holey Artisan restaurant in the Gulshan diplomatic enclave on July 1, 2016 in the Bangladesh capital.

An anti-terrorism special tribunal in Bangladesh has recorded the statement of the first witness in the 2016 terror attack case, three years after the country's deadliest attack killed 22 people, mostly foreigners, including an Indian national.

Militants of the banned Neo-Jamaatul Mujahideen Bangladesh (Neo-JMB) attacked the posh Holey Artisan restaurant in the Gulshan diplomatic enclave on July 1, 2016 in the Bangladesh capital.

"Police sub-inspector Ripon Kumar Das testified before the court as the first prosecution witness, being the complainant in the case," a court official said.

Six of the eight accused, who had earlier confessed to their involvement in the attack, appeared before the court on Monday amid heavy police security to face the trial. The other two accused are on the run, but were being tried in absentia.

All the accused belonged to the banned Neo-JMB.

The trial in the case began on November 26, when the court indicted them after reviewing the police charge sheet.

During the investigation, it was found that 21 people were involved in the assault, but police said 13 of them died in subsequent anti-terrorism clampdown.

They said only five militants staged the carnage and all of them were killed on July 2 in a raid by the military commandos.

The Neo-JMB said to be inclined to the Islamic State or ISIS terror group, executed the carnage, sparking an uproar globally and signalling the strong presence of militants in the Muslim-majority country.

The outfit emerged as the revived chapter of the radical Islamist group.

Counter-terrorism unit chief of Bangladesh Police, Monirul Islam earlier said the police gathered 75 pieces of evidence for the trial and mobilised 211 witnesses to the carnage to testify before the court.

Investigators alleged that the militants staged the attack to announce their strong presence in Bangladesh and particularly show their brutality by killing foreigners and draw international attention.

They said that since late 2015, the Neo-JMB militants, led by Bangladeshi-origin Canadian Tamim Chowdhury, killed in a subsequent security clampdown, were carrying out small-scale attacks on foreigners and non-Muslims.

The victims of the Holey Artisan restaurant were found with their throats slit when the commandos and other security forces entered the scene.
Assailants gunned down two police officers and injured over 20 others when they approached the restaurant.