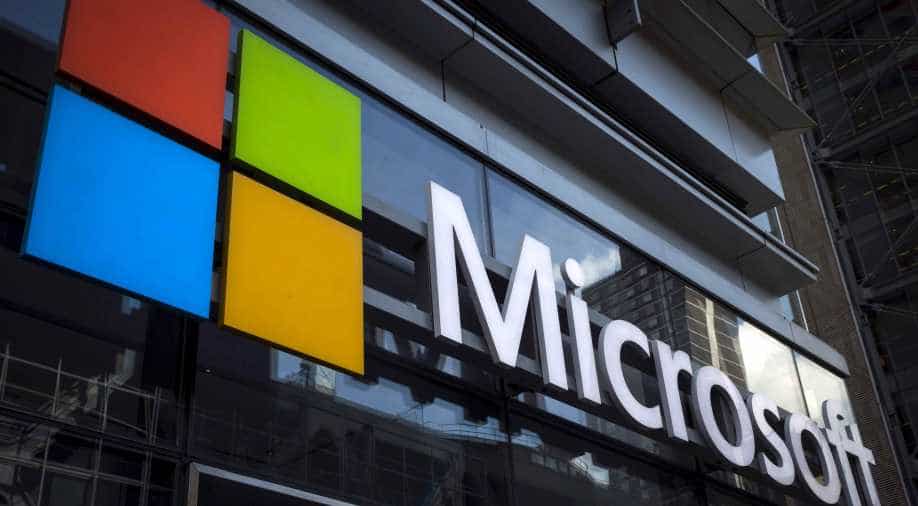 A Microsoft logo is seen on an office building in New York City in this July 28, 2015 file photo. REUTERS/Mike Segar/Files Photograph:( Reuters )

Software maker Microsoft Corp <MSFT.O> is selling about 1,500 of its patents to Chinese device maker Xiaomi [XTC.UL], a rare departure for the U.S. company and part of what the two companies say is the start of a long-term partnership.

The deal, announced on Wednesday includes a patent cross-licensing arrangement and a commitment by Xiaomi to install copies of Microsoft software, including Office and Skype, on its phones and tablets.

Both companies declined to disclose the financial terms of the deal.

"This is a very big collaboration agreement between the two companies," said Wang Xiang, senior vice president at Xiaomi in a telephonic conversation to Reuters.

Analysts said Xiaomi's ambitions to be a major player outside China were hampered by weak patent protection and a fear of a prolonged legal battle.

"This deal might just give them enough of a patent trove to move to Western markets," said Sameer Singh, a UK-based analyst.
He further added that their position in China has been under constant attack from even lower-end Android vendors, so moving overseas is now a necessity.

Shipments of Xiaomi phones fell 9 percent year-on-year in China in the first quarter, according to Strategy Analytics, and its market share dipped to 12 percent from 13 percent, squeezed not only by Huawei [HWT.UL] and Samsung Electronics <005930.KS> but also smaller contenders including Oppo and Vivo.

Wang said the acquisition of Microsoft patents, which included voice communications, multimedia and cloud computing, on top of some 3,700 patents the Chinese company filed last year, were "an important step forwards to support our expansion internationally."

Xiaomi launched its first U.S. device earlier this month, a TV set-top box it developed in cooperation with Alphabet Inc's <GOOGL.O> Google, which owns the Android operating system it and most Xiaomi devices run on. Xiaomi has also launched a tablet which runs a version of Microsoft's Windows operating system.

Jonathan Tinter, corporate vice president at Microsoft, said the company was keen to tap into Xiaomi's young, affluent and educated users by having its products pre-installed on their devices. He declined to go into detail about the patent deals, but said the overall deal was something "we do only with a few strategic partners."

Microsoft has cut licensing deals with many Android device makers over the years, but has had less luck with Chinese manufacturers.

Florian Mueller, a patents expert who consulted for Microsoft in the past, said it was rare for Microsoft to actually sell its patents, adding "it's possible Microsoft found it easier to impose its Android patent tax on Xiaomi as part of a broader deal that also involved a transfer of patents."