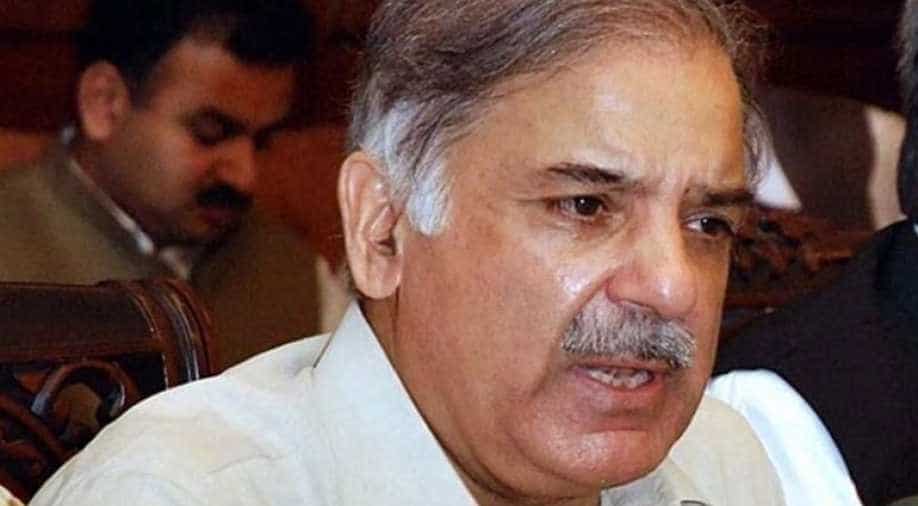 The PML-N president had appeared before the National Accountability Bureau on Tuesday in connection with investigations pertaining to money laundering and income-beyond-means.

PML-N President and leader of the opposition in the National Assembly Shehbaz Sharif has tested positive for coronavirus, party spokesperson Marriyum Aurangzeb confirmed on Thursday to Dawn.

Shehbaz Sharif has self-quarantined himself at home after his report came out. A PML-N party leader Ataullah Tarar said that Sharif`s "life had been endangered in this situation by NAB`s summoning of him".

"NAB was informed multiple times in writing that Shehbaz Sharif has suffered from cancer and compared to other people, his immunity system is weak," Tarar was quoted as saying.

"Imran Niazi and NAB will be responsible if something happens to Shehbaz Sharif," he added.

When asked about the news, Hamza Shehbaz, Sharif's son and PML-N leader, said: "This is a difficult time for Pakistan. May Allah grant health to everyone's parents."

The PML-N president had appeared before the National Accountability Bureau on Tuesday in connection with investigations pertaining to money laundering and income-beyond-means.

Also read: Decoding the sex scandal that has rocked politics in Pakistan

Earlier this month, he had also appeared before the Lahore High Court to obtain a pre-arrest bail in cases regarding money laundering and assets beyond means. Sharif had filed the appeal in the high court a day before a NAB team raided his residence to arrest him on June 2, after he refused to appear before the accountability watchdog.

Sharif had thrice refused to appear before NAB citing health reasons. In a statement submitted to the bureau, he said: "It has been widely reported in the media that some NAB officials have tested positive for COVID-19."

Please appreciate [that] I am a cancer survivor and 69 years old. I have been advised limited exposure on account of the peculiar background of low immunity," he said.

He added that he was available to answer any queries by the investigation team via Skype.

Sharif is the latest PML-N leader to have tested positive for the virus. Multiple other members of PML-N's top-tier leadership have been diagnosed with the disease, including Aurangzeb, Tariq Fazal Chaudhry, Ahsan Iqbal and former prime minister Shahid Khaqan Abbasi.