Germany, UK lead the honours at the International Emmy Awards 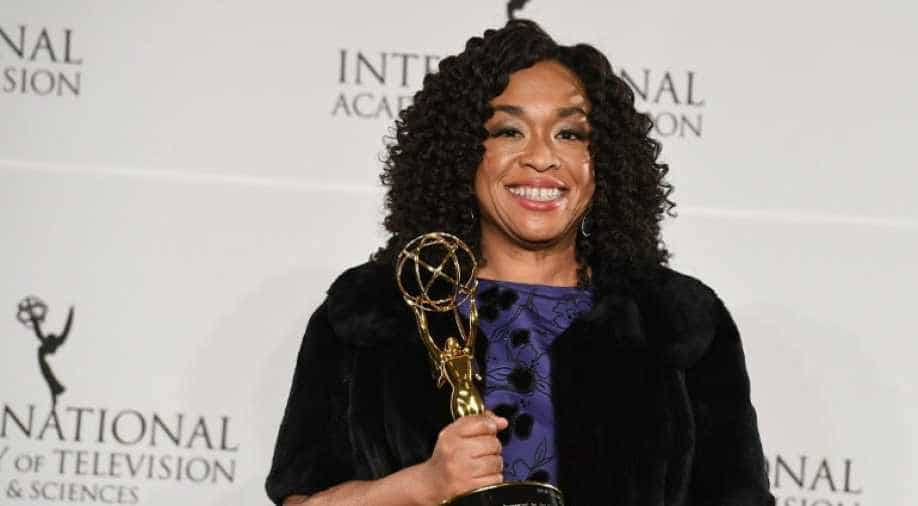 Grey's Anatomy producer Shonda Rhimes won the Founder's Award. In pic, she poses with her trophy in New York on November 21. Photograph:( Reuters )

The annual International Emmy Awards was held at its customary location of the midtown Hilton hotel in New York on Monday (November 21). But this year ceremony follows just weeks on the heels of the US presidential election that resulted in the surprise win of Republican nominee Donald Trump who celebrated his victory at the same location, a fact that didn`t escape most guests.

From the red carpet to the host stand, each attendee seemed to have an opinion of the new President-elect of the United States.

Prior to the awards show, a puppet in the likeness of anti-apartheid icon Desmond Tutu, the star of the South African comedy show "Puppet Nation ZA" said that he prefers "Mickey to Donald."

"So tonight is not just about giving out awards for excellence, it's about extinguishing bad energy and bigotry. Every one of you who walks on this stage to accept an honor, is also kicking away the foul spirits that once reigned here," he added.

Krishnendu Majumdar, producer of "Hoff The Record" starring David Hasselhoff that won the best Comedy award, said that laughter is a powerful remedy for people feeling hurt by the recent events including Brexit and the US election.

"I think comedy is something that is hopefully an antidote to all of that. And if Donald Trump is becoming the president of the US, who knows 2020 David Hasselhoff might," he told Reuters.

The Academy also honoured two women in media this year, with the International Emmy Founders Award going to Shonda Rhimes, writer and Executive Producer behind global hit series such as Grey's Anatomy, Scandal and Private Practice, and the International Emmy Directorate Award going to Maria Rørbye Rønn, Chief Executive Officer and of the Danish Broadcasting Corporation.