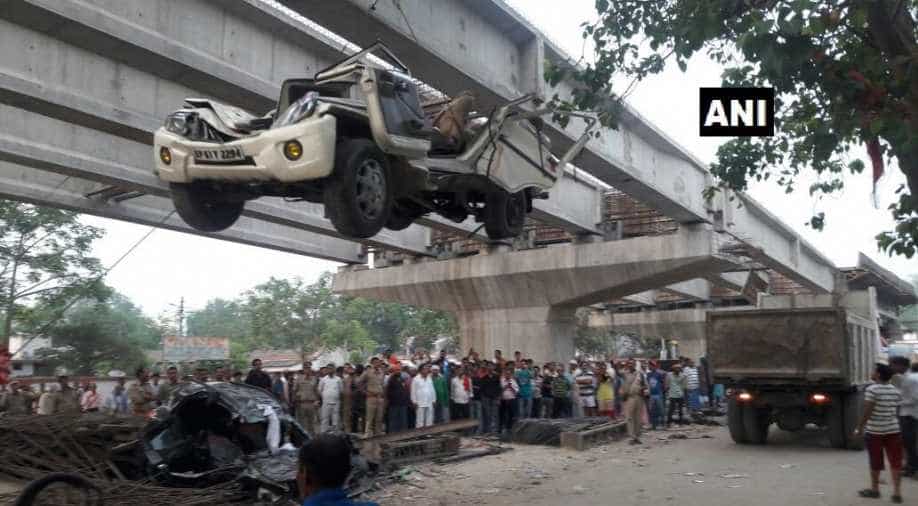 15 people have been feared dead and 11 injured after an under-construction bridge in Varanasi collapsed on Tuesday.

The doctors have informed that the injured are now out of danger and have been referred to BHU.

At present 7 teams of National Disaster Response Force (NDRF) continue rescue and relief operations and 3 members of the high-level committee have set up to investigate the incident.

The state government has also announced an ex-gratia of Rs 5 lakh and Rs 2 lakh for the deceased and injured respectively.

The relief commissioner said bodies of at least 16 people were recovered from the site while three people were safely rescued. The injured have been sent for treatment at Kabir Chaura Hospital.

CM Yogi Adityanath has announced that a committee has also been constituted which will hand out a report in 48 hours. He also announced that Deputy CM Keshav Prasad Maurya has taken preliminary action against responsible authorities.

Raj Pratap Singh, member of the committee constituted by UP government who is to probing the case said on Wednesday: "I can't say anything at this moment. Until we complete the investigation, talk to everyone & check all the records, it won't be right to say anything."

Extremely saddened by the loss of lives due to the collapse of an under-construction flyover in Varanasi. I pray that the injured recover soon. Spoke to officials and asked them to ensure all possible support to those affected.

Visuals from Kabir Chaura Hospital, where three people were admitted after getting injured in an under-construction flyover collapse incident in #Varanasi, yesterday. Doctor says, 'They all are out of danger now. All the critically injured have been referred to BHU'. pic.twitter.com/VgGg44mTHq