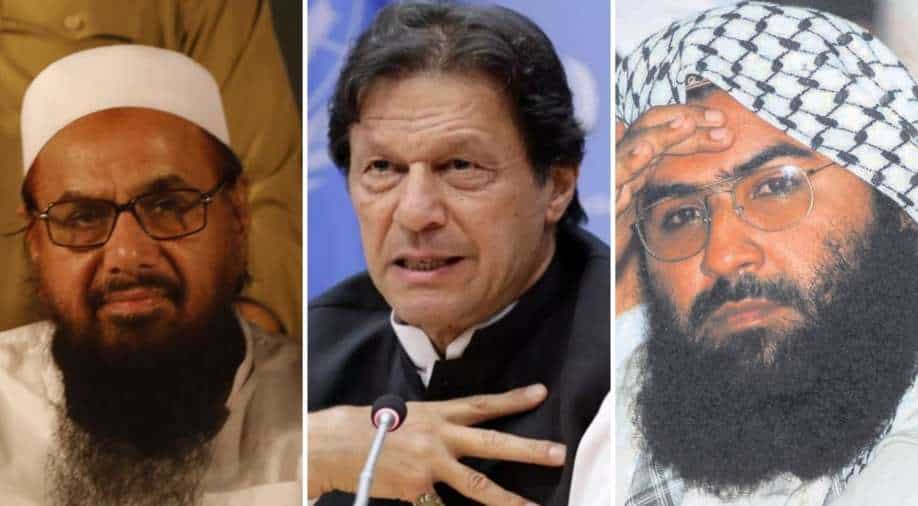 Speaking at a press conference at Geneva on human rights violations in Pakistan and the occupied territory of Jammu and Kashmir, he said UKPNP is opposed to the use of religion as a weapon and terrorism as a foreign policy tool

Shaukat Ali Kashmiri, exiled Chairman of United Kashmir People's National Party (UKPNP) on Saturday (local time) said Pakistan-occupied Kashmir (PoK) and Gilgit Baltistan were a part of the erstwhile princely state of Jammu and Kashmir but have been illegally held by Pakistan since 1947.

Speaking at a press conference at Geneva on human rights violations in Pakistan and the occupied territory of Jammu and Kashmir, he said UKPNP is opposed to the use of religion as a weapon and terrorism as a foreign policy tool.

According to a UN resolution, Pakistan is obligated to ensure life, liberty, the dignity of the people of Pakistan-occupied Kashmir and Gilgit Baltistan, he said.

The people of Pakistan-occupied Kashmir and Gilgit Baltistan do not enjoy any basic political rights. The government represses political freedom, and controls the freedom of expression, Kashmiri said.

He further said that anyone, who wants to take part in public life in the country, has to sign a pledge of loyalty to Pakistan while anyone, who publicly supports or worries about Kashmir, faces persecution.

Those, who favour independence, risk being beaten and jailed. Numerous political leaders of Kashmir have been forced to live in exile and face the threat of being eliminated or languish in jail.

Talking about a prominent political leader from Pakistan-occupied Kashmir (PoK), Sardar Arif Shahid, who was brutally killed in Rawalpindi seven years ago, Kashmiri said that the issue was raised several times at different forums including United Nations to put pressure on Pakistan for a judicial inquiry but no action has been taken yet.

In Pakistan-occupied Kashmir and Gilgit Baltistan, nationalist leaders and political workers and human rights activists are being booked for sedition, he added.

Speaking about the China-Pakistan economic corridor (CPEC), he said, the project runs through disputed territories of Gilgit Baltistan and is a cause of environmental damage - air quality, water resources, and soil erosion.

Kashmiri also said that UKPNP demands that the Pakistan government must take immediate actions against security forces and agencies, who kidnap citizens of Pakistan and Jammu and Kashmir and make arrangement for the immediate release of all those, who have disappeared.

UKPNP recommends that the Jammu and Kashmir issue must be resolved through a process of dialogue and peaceful means, he further said.