Time to rebuild trust between our two countries: Ex-Maldives foreign minister to WION 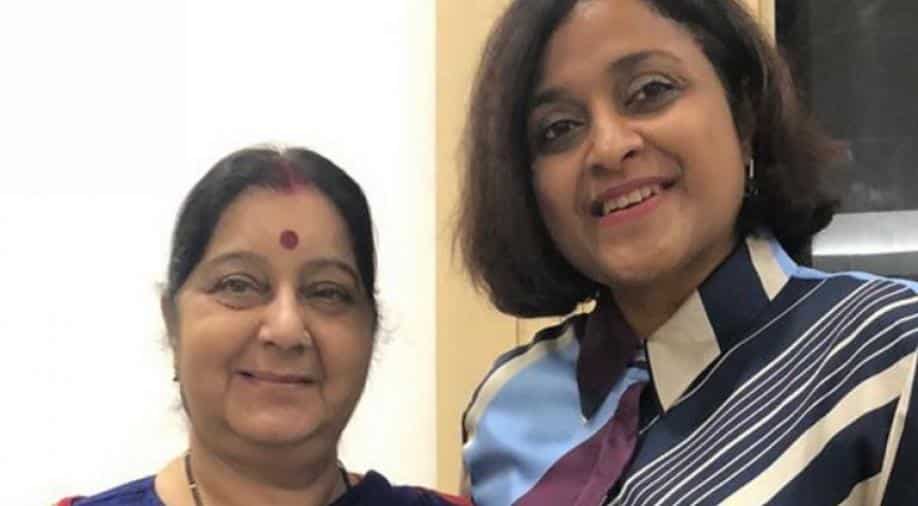 Dunya Maumoon, former foreign minister of the Maldives and the daughter of former president Maumoon Abdul Gayoom, was in Delhi recently.

She was the first high-profile Maldivian politician to visit India since the recent election in that country. In what was thought of as a surprise, the joint opposition candidate Ibrahim Mohamed Solih won the election by a large margin. He will take office in November.

She spoke exclusively to Siddhant Sibal, WION's Principal Diplomatic Correspondent in Delhi. Here are excerpts from their conversation:

Siddhant Sibal: What is the focus of your visit? What brings you here?
Dunya Maumoon: Pleasure to be back in New Delhi. I visited many times as foreign minister and also in past as a close friend of India. As you know my father Maumoon Abdul Gayoom, the former president of Maldives was the one who was the architect of modern democracy in the Maldives. He developed the country to very high levels. He was instrumental in building a warm friendship with India that was really the basis of the relationship between these two countries. I came here representing my father in informal meetings. I had a number of meetings and in particular was pleased to able to call on her excellency External Affairs Minister Sushma Swaraj. I know her from past and we were colleagues who worked closely on many issues. I believe with the new government coming in the Maldives, it is time to look to rebuild the trust that was there between the two countries in the past. My hope is that when president-elect takes office he will build back trust and close warmth that existed between the two countries. Close people-to-people contact. We are hearing of lot of issues including visa and other matters. I hope we can resolve it and I am confident that the new president can lead us down that path.

SS: Can you tell us about developments in your country?
DM: Whole world has been watching very carefully. As we know, the leadership of President Yameen. While he brought some development, mostly lot of people lived in fear and in an environment of lot of political persecution. Using the court he was able to lock up and convict lot of innocent people under various charges. This included my father who, at his age and given his health, it was a difficult time for him personally. My mother, my family, by brother, my brother-in-law were  imprisoned. And many many other political figures with whom he was threatened were put in jail. It was sad to see this kind of situation in our country. We were relieved that Maldivian people's decision is not to condone such kind of behaviour from their leaders and hold them accountable. Hence we saw the Maldivian people decisively voted for democracy, freedom and human rights. I firmly believe that this decision and the will of the people needs to be fully implemented. All our instutions have backed that and supported that. Election commission has formally announced the result. There is huge margin. No room for any discussion and debate on that. Unfortunately President Yameen is a sore and very bad loser. He is refusing to accept it. He has gone to the court. I am confident that justice will be done and will of the people will be upheld.

SS: What is your take on the #MeToo movement. You have done a lot of work when it comes to gender issues?
DM:  It's a very important global movement that we see worldwide. Glad to see women particularly victims have found courage to speak up against the discrimination. Also particularly the kind of situations they have to face. It is important we join up with this movement. In my own country, I have worked on anti-domestic violence legislations. Lot more work we do need to do. I hope Maldives will be part of the global movement to promote women's rights and address the issue of violence against women. I wish the movement every success. I'm sure lot of men are supporting women in the quest against serious issues. Important to work together as a region and globally.