Supreme Court bans sale of firecrackers in Delhi-NCR this Diwali 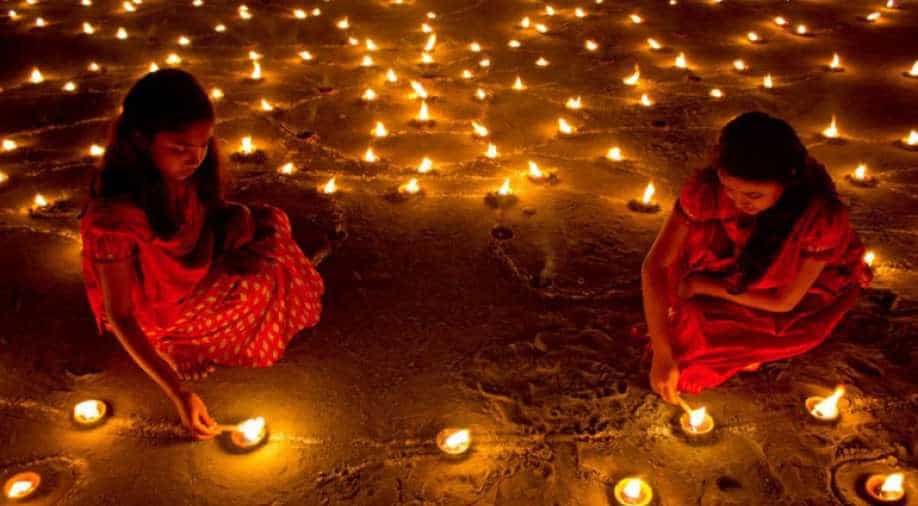 The ban will continue till November 1. Photograph:( Others )

It will be a less noisy Diwali this year in Delhi as the Supreme Court today banned the sale of firecrackers in the national capital till November 1.

A bench headed by Justice A K Sikri had on October 6 reserved its order on a plea seeking restoration of the court's last year order banning the sale of firecrackers in Delhi-NCR.

The top court, through its November 11 order last year, had suspended all licences which "permit sale of fireworks, wholesale and retail within the territory of NCR".

Later, on September 12, the apex court had temporarily lifted its earlier order and permitted sale of firecrackers.

During the hearing on the plea seeking restoration of last year's order, the Central Pollution Control Board (CPCB) had told the bench that they "support" the application.

Advocate Gopal Shankarnarayanan, appearing for petitioner Arjun Gopal, had contended before the court that ban on use of firecrackers should be restored as the NCR had witnessed a huge rise in air pollution during and after Diwali last year.

He had said that rise in air pollution during last Diwali was because of several reasons, including the extensive use of firecrackers.

The counsel, appearing for the permanent licencees selling crackers, had opposed the plea and said the September 12 order temporarily lifting the ban, was "well-reasoned" and passed after hearing all the parties, including the CPCB.

He had argued that all aspects raised by the petitioner now were considered by the apex court while passing the order last month and though firecrackers impacted air quality, it was "not the greatest cause of particulate matter (PM) 2.5".

The apex court had last month temporarily lifted its earlier order suspending licences for sale of fire crackers, saying a complete ban would be an "extreme step" and a graded approach was needed to curb pollution caused by them.

The court, however, had said its order lifting the ban on sale of fire crackers might require a "review" after Diwali depending on the ambient air quality after the festival.